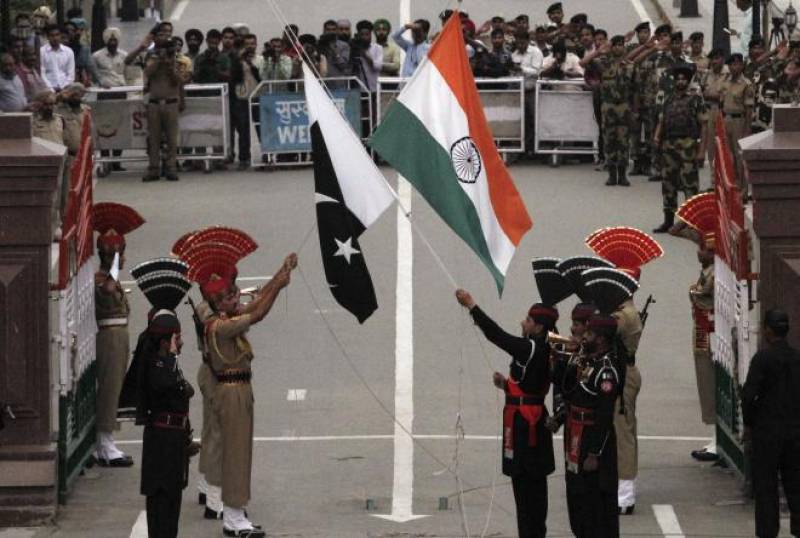 LAHORE - The inaugural round of dialogue was held between the Pakistan Rangers and the Indian Border Security Force (BSF) on Wednesday to discuss the different sources between the two sides that have caused a number of cross-border firing incidents in recent months, ARY News reported.

During the meeting, the request of the Indian delegation to make the Pathankot attack part of the dialogue's agenda was rejected by Pakistan, which stated that the incident was an interior matter of India.

During the meeting, both sides hurled accusations at each other over the tense situation on the border and the numerous ceasefire violations in recent months.

They talked about a range of topics including prevention of cross-border smuggling, the swift return of people mistakenly crossing the border, and incidents of unprovoked firing at the Line of Control (LOC).

The closing stage of talks will be held on Thursday (tomorrow), after which a joint statement which will be issued. The Indian delegation will also be given a reception today.