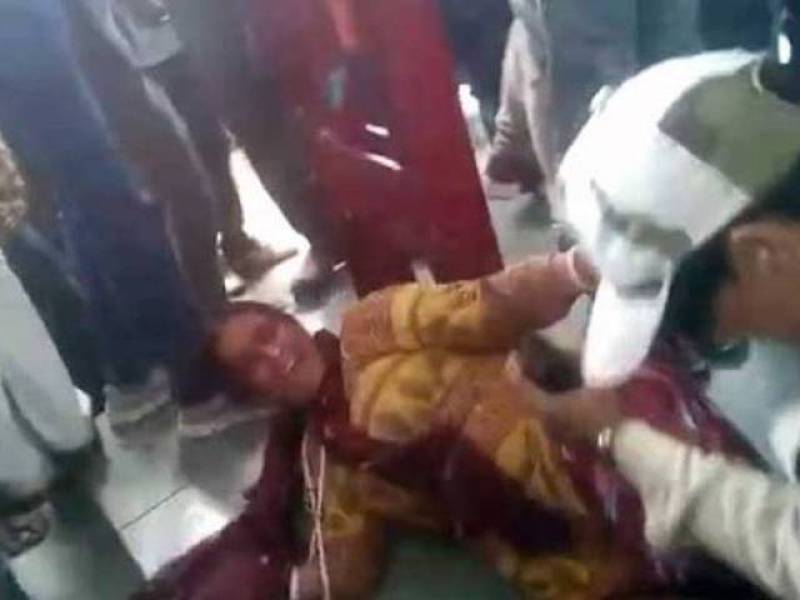 BHOPAL - Two Muslim women on Tuesday were severely beaten by activists of a Hindu radical group in Madhya Pradesh for allegedly carrying beef which they intended to sell.

Shockingly, the women were beaten up after they had been detained by the police.

The police had been tipped-off that the Muslim women were carrying beef. According to reports, the women were taking the beef from Jaora to sell it in Mandsaur.

A video of the incident shows a huge crowd cornering the women before verbally abusing and beating them. The police tried to stop the crowd but were outnumbered.

Reports said 30 kg of meat was recovered from the women. An examination of the meat by local doctors showed it was from buffalos.

The women were later produced before a court and sent into judicial custody. But the police have failed to take any action against the men who beat them up at the railway station.

Cow vigilantism has snatched headlines and political attention in the past few weeks after national outrage over the video of four Dalit men being flogged, tied to an SUV and paraded for skinning a dead cow in Una in Gujarat earlier this month.