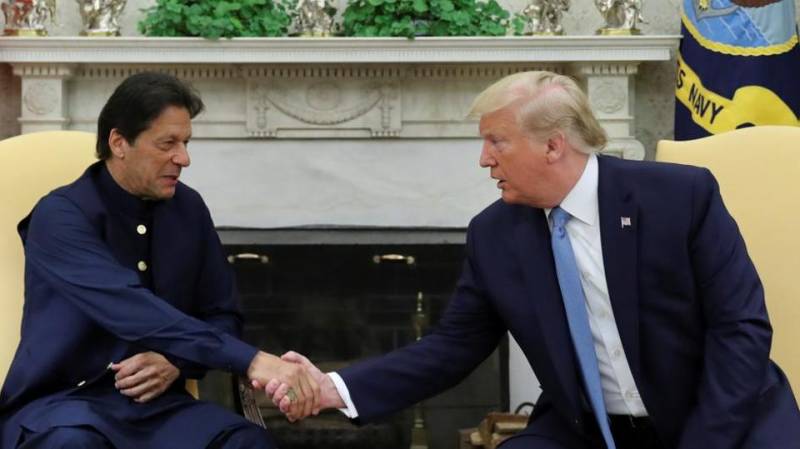 PM is back after a highly successful visit of the US where he effortlessly managed to charm the most unpredictable head of state of the most important country for us, after China & KSA.

Its no joke not to earn the tweet-ire of Mr. Trump, but seems our PM knew when and how to swing his proverbial balls; and when to leave oddly bouncing balls of his counterpart.

This piece is less about the swings and balls and more about the way IK arranged a ‘Party Time’ for the opposition in Pakistan before his sojourn.

It seems he wanted to enjoy his US trip with complete peace of mind. So he took the COAS and DG-ISI along, lest they should feel envious of his partying in Washington alone.

Many a trait make a leader. All folks have their own take on what makes a leader. However, like everything else, in this realm too, what works elsewhere doesn’t work in Pakistan. But what works in Pakistan, can work anywhere.

In politics and political experiments, we are to statecraft what MIT Lab is to technology.

We boldly experiment in pilot projects, and then show the word a path ahead in the realm of the unknown. In other words, its like expansion of the universe: we convert the dark matter of improbabilities into the visible energy and light of possibilities which stuns the world, and us.

Out of the many traits of leadership like vision, determination, intellect, oratory, negotiation skills, and many others – there is one which everyone agrees on - the confidence.

That is one commodity our PM has in plenty, and we are told, when his ‘over-confident’ counterpart took him to show the less trodden alleys of the White House, the latter was in fact getting some boys’ tips about the stuff old boys don’t have much but love to talk about.

If Trump looked short of breath or humble, that was due to the obvious aura and sheen of the confidence, the PM exuded. His walk in the white house made him its owner, and not a guest.

We revert to key take away of the US visit in a bit, first let’s talk about ‘Party Time’ back home.

Just before taking the flight for his most anticipated visit, Pakistan set a record of sorts – two former PMs and one President were put together in the same jail to hold ‘Grand Summit’ behind the bars, by the former occupants of Pakistani White House.

In not-so-older times, when both parents used to go out of the house together, they would usually lock up their wicked children inside so that the neighbourhood is in peace; albeit the house may be in a mess meanwhile.  In another not so pleasant parallel, older husbands would lock up their younger wives in the same way. One wonders which of these two inspired IK!

Whatever the inspiration, the jail felt very special, and was in the international news. Because of the Grand Summit, the Senate Chairman is still in the saddle, but doesn’t look steady.

The visit started at lower expectations, but produced expectantly great results for both.

My top pick of the visit is Mr. Trump’s offer of helping resolve Kashmir in fast paced mediation.

Some people think Indians are upset at this. I wonder why Indians, as I believe our men in uniform may be the only ones upset or startled, or both.

Because if Kashmir is resolved; and if there is all music and good news in Afghanistan too - what will we do then! Perhaps party!

By the time that ‘party time’ is in our visibility zone, let’s all enjoy a mango-party outside and inside the jail. I hope the PM brought some chocolates for his predecessors!