Pakistan and Pedophilia: Disempowering the Child Predators in Pakistan 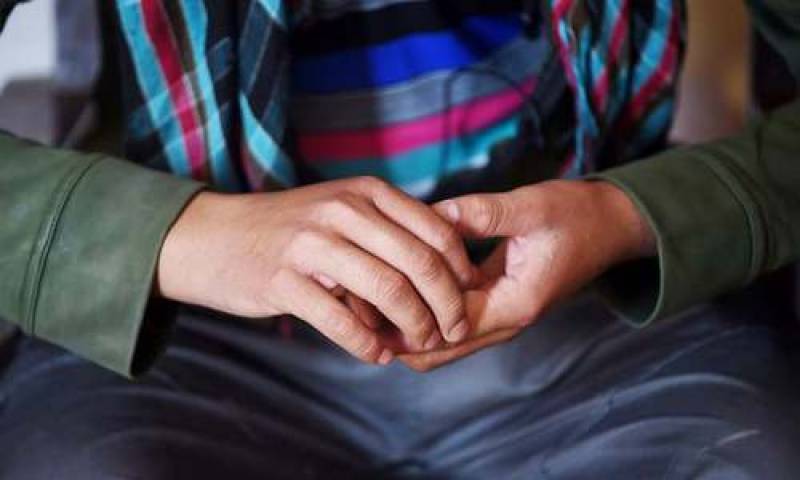 In a patriarchal society like Pakistan, children, often considered the future of the country, is one of the most susceptible members of society. Children makeup 44% of the population of Pakistan and yet they are prey to all sorts of danger. Consistent with the latest report by Sahil, as many as 1304 children, at least eight children per day were sexually abused within the first half of the year 2020 within Pakistan. The victims included 729 girls and 575 boys, and in 822 cases the abusers were acquaintances of the victims or victims’ family while strangers were involved in 135 reported cases.

However, it is believed that these numbers are still not representative of the actual number of pedophilic incidents taking place in Pakistan since most of such incidents are often unreported. Recognizing that it is the responsibility of the State to ensure that children are given a secure environment to grow and develop, Pakistan’s Government has taken key steps to against paedophilia within the country; however, despite several efforts, Pakistani authorities have failed to fully uphold the rights of the children. This is often because the foremost step to eradicate pedophilia in Pakistan has not yet been addressed with – disempowering the sexual predators.

Regardless of the taboo surrounding sexual violence against children in Pakistan, child molestation is rampant in our society. While in most cases, parents or guardians are either unaware of the danger or too unsuspecting of relatives, friends, servants, neighbours, caretakers and tutors, numerous cases of spiritual teacher’s sexually abusing children within so-called land of the pure have also been reported. The lack of awareness and education is key in perpetuating the taboo surrounding paedophilia. Moreover, in a country where patriarchal roots are deeply entrenched within the society, the culture of impunity and lack of accountability also furthers sexual violence against children, especially girl-children. The narrative of attaching shame and guilt with sexual assault victims and survivors is indeed a patriarchal norm, and it fails to address the matter at hand.

On February 7, 2020, Pakistan’s lower house of Parliament adopted a nonbinding resolution calling for executions of individuals convicted of the sexual assault and murder of children - a move that was condemned by the opposition and human rights activists. More than half of the lawmakers voted in favour of the resolution, which was supported by the ruling Pakistan Tehrik-e-Insaaf Party. Prior to this, in January 2020, the parliament had also passed Zaineb Alert, Response and Recovery Act 2020 which was aimed toward raising an alert when a child goes missing or is abducted.

Looking back at the Government’s response to such incidents, when a pedophilia scandal erupted in 2015 following revelations that several pornographic videos of kids from a village in Punjab Province were being circulated, arrests were made, but only the act of rape and sodomy were punishable by law at that point. While previously only rape was criminalized, in March 2016, the Senate passed a bill that criminalized child sexual assault and child pornography; under the revised legislation, sexual assaults will now be punishable by up to seven years in prison. The legislation also pledged to guard children against various sorts of mental and physical abuse. On October 17, 2018, a person convicted for the rape and murder of six-year-old Zainab Amin in Kasur earlier that year was hanged to death in Lahore. But, the rapist’s hanging couldn’t deter pedophiles from sexually abusing children, as subsequently, numerous other cases of pedophilia were witnessed.

More recently, in July 2020 alone, several sexual assault cases against minors made headlines within the country. A case was registered against a person for allegedly raping his 12-year-old cousin sister in Kasur, while in another case a five-year-old girl from Karachi was raped and set on fire. While her torched body was recovered by the police two days after she was reported to possess gone missing, it is important to notice that the majority of the cases go unreported or are often not highlighted by the media.

While many people argue for strong punishment for the rapists and pedophiles, evidence shows that life-imprisonment and even execution has not helped in reducing sexual violence against children. In March 2000, an Additional Sessions Judge in Lahore had sentenced an alleged serial killer, Javed Iqbal, to death by hanging for sexually molesting and murdering around 100 destitute children between the ages of 6 to 16. The decision said that he was to be hanged during a public park ahead of the parents whose children he was convicted of murder. More recently, a Rawalpindi trail court onNovember18, 2020, sentenced ‘habitual’ pedophile Sohail Ayaz to death on three counts aside from awarding him three sentences of rigorous imprisonment for abducting and raping young boys and for recording and disseminating the heinous acts. In wake of the increase of sexual assault against children, on September 9, 2020, Prime Minister Imran Khan approved a draft law to form a horrible example out of perpetrators of rape through the castration punishment and called for a national register to keep track of such criminals. Despite the country’s severe punishments for child assault including castration, captivity, and the death penalty, incidents of child molestation are only rising.

In order to deal with the growing wave of sexual violence in Pakistan, there’s a dire need to devise holistic solutions that address the patriarchal roots within the society which have resulted during culture of impunity and only empowered sex-offenders within the society. It’s important to take measures from a grass root level. Protection services need to be improved and therefore the criminal justice system should be reformed. The Government must also operationalise thousands of state run help lines, shelters, victim’s network services, and legal aid clinics all over Pakistan. Appropriate and proper training should be provided by the government to Police, Doctors, NGO’s and people handling this subject so as to supply a protective environment for children in Pakistani society. Moreover, sex education should be introduced within the Pakistani education system and therefore the taboo regarding it should be erased so our children can live in a safer environment. As for awareness regarding pedophilia and sexual assault, the government must undertake efforts to educate parents as well as school children about pedophilia and sexual assault so as to get rid of the stigma related to such topics and to generate a discourse on the rights and safety of children within the society. Talking children about the tactics used by pedophiles, such as blackmailing, ensures that the child knows how to respond and react to such situations. Open communication also ensures that the child won’t hesitate to inform parents if abused or blackmailed.

Violence and rape against children are undoubtedly among the greatest threats to the health and well-being of the children. It is, therefore, essential that suggestions and proposals concerning the education of children that purports to overcome this threat be considered by the Government in an effort to disempower the patriarchal mindset that fuels impunity and results in violence against vulnerable populations including children and particularly girl-children.

The writer is M.Phil in Education from Preston University and can be reached at Sarahkhankhan901@gmail.com.

Sara Younis holds M.Phil in Education from Preston University. She hails from Rawalakot, Azad Kashmir, and can be reached at Sarahkhankhan901@gmail.com.