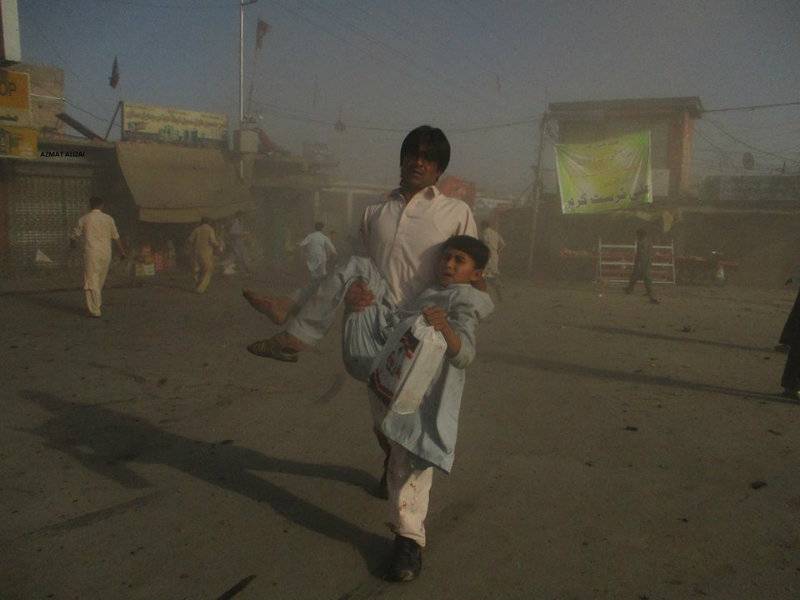 PARACHINAR - Families of the Parachinar bombing victims continued their protest on Tuesday as the death toll from the Friday’s twin blasts rose to 72, marking a grisly Eid for the town worst hit by militancy so far in 2017.

Officials confirmed that five of the injured died in hospital. At least 10 others are said to be in precarious condition. More than 200 people were injured in the twin blasts at Parachinar market last week.

On the first day of Eid, the families of the victims and locals gathered in Shaheed Park where they continued their protest against the repeated terrorist attacks in Parachinar and the firing allegedly carried out by the forces to dispel the demonstrators.

1st day of #Eid in #Parachinar. Thousands spend their eid in protest waiting for Govt, Media & the rest of country to show solidarity. pic.twitter.com/KlsW9AoOEd

They also made special prayers in the wake of the terrible tragedy.

Video of firing incident that led to at least 7 dead after the blast in Parachinar. The firing was allegedly by FC. #Justice4Parachinar pic.twitter.com/xHsZKpjthx

Parachinar, capital of Kurram Agency, a mainly Shia area in the tribal belt, had already suffered two deadly bomb blasts in its markets this year.

Friday's assault - claimed by the Lashkar-i-Jhangvi al-Alami - brought the town's loss of life due to terror attacks up to 115, more than any one city in Pakistan has suffered so far this year.

KURRAM AGENCY - Terror returned to Kurram Agency on Friday when two blasts in a busy Parachinar market claimed the ...

The twin blasts hit people busy shopping for Iftar and Eid in the Turi Bazaar area, close to a crowded bus terminal in Parachinar.

For past five days, the victims have been awaiting the country’s leadership to visit them and address their grievances. No minister or senior government official has visited them so far.

They said that they would end the sit-in after Gen Bajwa and Interior Minister Chaudhry Nisar came to negotiate with them. 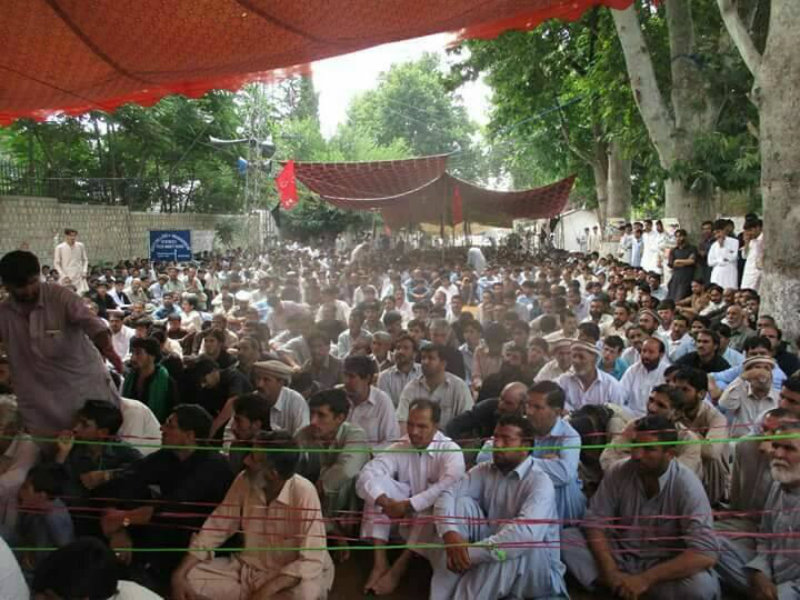 Chief of Army Staff General Qamar Javed Bajwa, who is due in the area today, could not reach there due to bad weather, according to an Inter-Services Public Relations (ISPR) statement.

His helicopter will fly again when the weather is clear. However, the ISPR statement added, the COAS was in contact with the Parachinar victims.

"We all are united as Muslim and Pakistanis. Enemy's attempts to target sectarianism shall not succeed" the COAS was quoted as saying by ISPR director general Maj Gen Asif Bajwa.

RAWALPINDI - Chief of Army Staff General Qamar Bajwa said on Tuesday that Pakistan Army will not allow the enemy's ...

On Sunday, Peshawar Corps Commander Lieutenant General Nazir Ahmed Butt reached Parachinar and assured the families of martyrs and local tribes that those responsible behind the attack would be traced.

The corps commander addressed a local jirga and emphasised that the role and participation of locals in support of security forces is vital in bringing back normalcy in Parachinar, said a statement by the ISPR.

Lt Gen Butt also visited the injured in hospital and offered prayers for the martyrs.

Parachinar, capital of Kurram Agency, a mainly Shia area in the tribal belt, had already suffered two deadly bomb blasts in its markets this year.

It was the site of the first major attack in Pakistan in 2017, when a bomb killed 24 people in January in an attack claimed by the banned Lashkar-i-Jhangvi al-Alami and a splinter group of the banned Tehreek-i-Taliban Pakistan (TTP) led by Sheheryar Mehsud.

In March, a second attack in another market killed 22 people. The attack was claimed by the Jamaatul Ahrar.