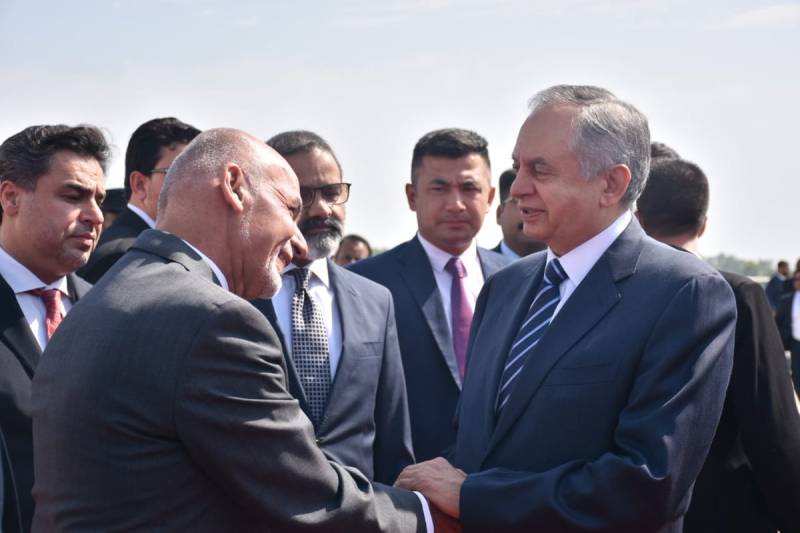 ISLAMABAD - Afghan President Ashraf Ghani has arrived in Islamabad on a two-day visit to Pakistan, the Radio Pakistan reported.

According to media details, Adviser on Commerce Abdul Razak Dawood and other officials received the Afghan President at Nur Khan airbase.

The visiting dignitary was also given a twenty-one gun salute.

The Afghan president is accompanied by a high-level delegation including Ministers, advisers, senior officials and businessmen.

He was talking to Foreign Minister Shah Mahmood Qureshi in Islamabad on Thursday.

Speaking on the occasion, the Foreign Minister said Pakistan will continue playing its role for peace in Afghanistan with sincerity, good intentions and an open heart. 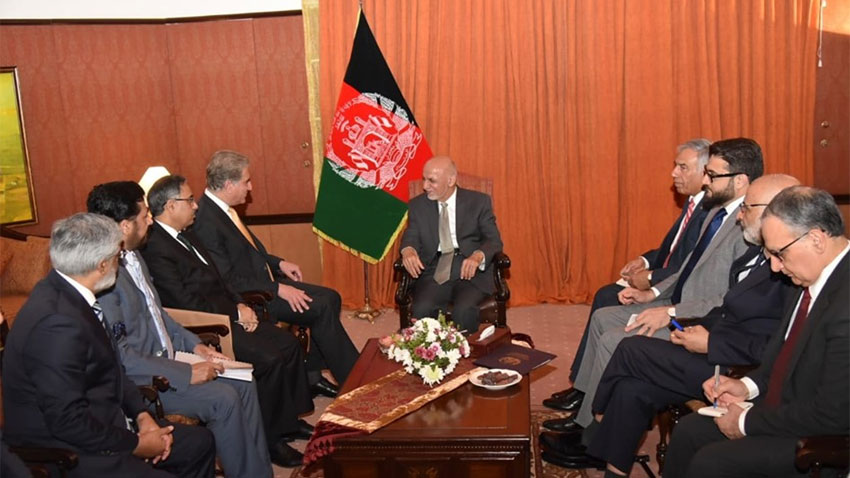 He said Afghan people have suffered a lot due to the instability prevailing in Afghanistan for decades.

Shah Mahmood Qureshi said Pakistan always emphasized on result-oriented talks believing that this is the only way to establish durable peace in Afghanistan.

The Minister expressed confidence that the Afghan President's visit to Pakistan will bring the two countries closer and strengthen bilateral relations.

The two sides agreed to implement the already decided strategy of peace and brotherhood for betterment and welfare of the peoples of the two countries.

They exchanged views to enhance bilateral economy, trade and investment and promote cooperation in communications, energy, culture and people to people contacts.

One on one meeting was also held between Prime Minister Imran Khan and Afghan President Ashraf Ghani in Islamabad.

Matters pertaining to bilateral cooperation in various sectors and regional situation were discussed in the meeting. 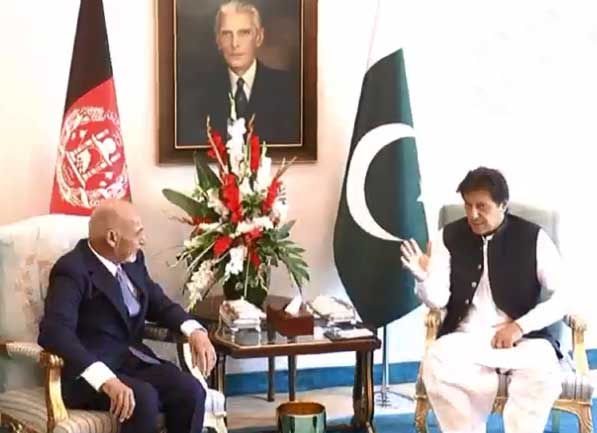 This is President Ghani’s third visit to Pakistan and follows the recently held first review session of the landmark Afghanistan-Pakistan Action Plan for Peace and Solidarity.