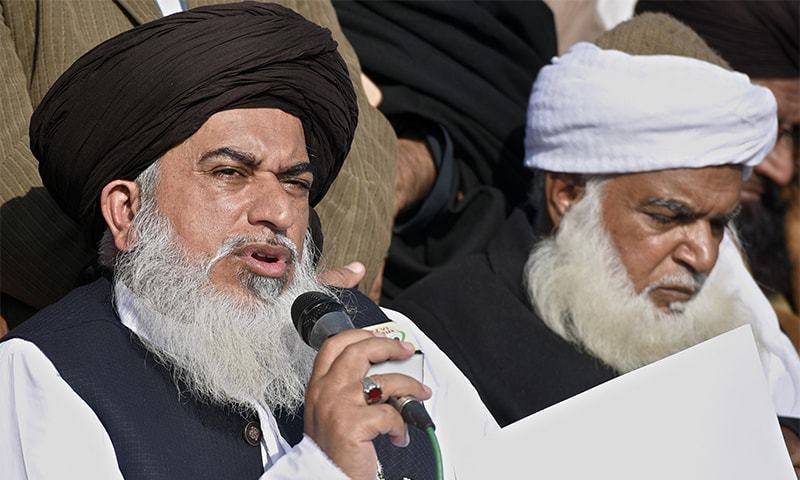 ISLAMABAD -  Police teams have dashed to different cities and towns of Punjab to arrest Tehreek-i-Labbaik Ya Rasool Allah leaders including Khadim Hussain Rizvi and other activists nominated in separate cases regarding Faizabad sit-in of last year.

The police teams sprung into action after an anti-terrorism court (ATC) and the Islamabad High Court (IHC) issued arrest warrants for the leaders after their continued failure to appear before the courts in hearings for the sit-in.

28 cases have been registered against firebrand religious scholar Khadim Hussain Rizvi and 480 other leaders and activists of the religious group in the police stations of Industrial Area, Kural, Khanna and Aabpara in Islamabad.

According to a police official, SSP Najeebur Rehman had constituted an eight-member team under the supervision of a deputy superintendent of the police for execution of the warrants, including the arrest of the accused.

The accused wanted by the police are living in over 30 cities and towns, including Lahore, Pindighep, Gujranwala and Rawalpindi and the police officer said separate teams had left for the areas to execute the warrants, issued in 21 of the cases, Dawn News reported.

Although most of the cases were lodged by police, some were registered on complaints of citizens as well. One such case is that of a nine-month-old child who breathed his last on the way to the hospital on November 9 due to a traffic jam caused by the blockade.

Though the sit-in was ended after three weeks, one of the demands approved in the agreement, signed by Interior Minister Ahsan Iqbal, ISI official Major-General Faiz Hamid and TLYRA leaders,  was to dismiss all police cases and release the arrested workers.