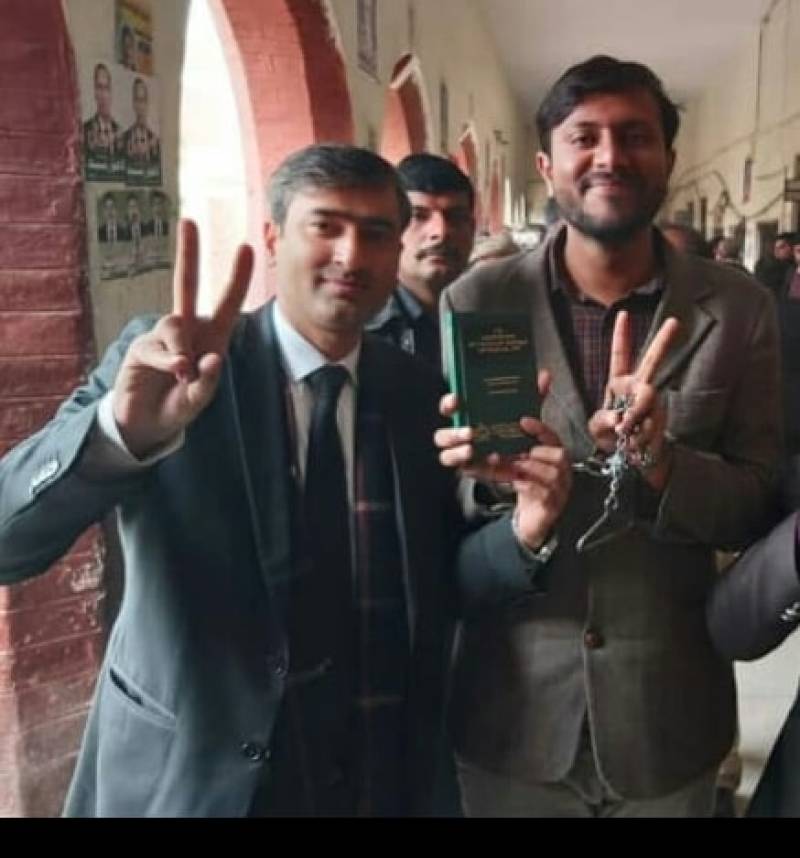 LAHORE - Izharul Haq, a local journalist, has been freed on bail, after the jail term of over two months for allegedly criticizing former military ruler Pervez Musharraf and policies of the incumbent PTI government through his social media accounts.

On Friday, Justice Mujahid Mustaqeem of the Lahore High Court (LHC) passed the order on the petition of journalist Izhar ul Haq, observing that apparently it could not be a treason case.

“The requirements and procedure have not been followed for inserting Section 505 of Pakistan Penal Code, 1860, in the case,” Justice Mustaqeem remarked.

Advocate Mian Dawood appeared before the court and argued that FIA could not conduct forensic of the computer and mobile of the journalist and booked him merely for criticizing the state institutions over decisions about former military ruler Pervez Musharraf in the high treason case against him.

Dawood also pointed out that no forensic report of the devices recovered from the journalist has been obtained and not the challan has been submitted despite the lapse of three months.

He requested the court to allow his bail as the case was nothing but a fabricated move to curb freedom of expression and free press in Pakistan.

A court had earlier denied him bail on January 23.

FIA Investigator Muhammad Usman opposed the bail of the journalist and argued that Izhar Ul Haq was involved in mockery of the national anthem and targeted national institutions through his accounts on social media and website. He also targeted the judiciary and executive. He argued that such acts amounted to offenses of Cyber Crimes under section 11 and 20 of Prevention of Electronic Crimes Act 2016 along with section 505 PPC, saying that Haq was found read handed.

The journalists and journalists’ bodies have appreciated the bail of Journalist Izhar ul Haq, saying that it is the victory of a free press.