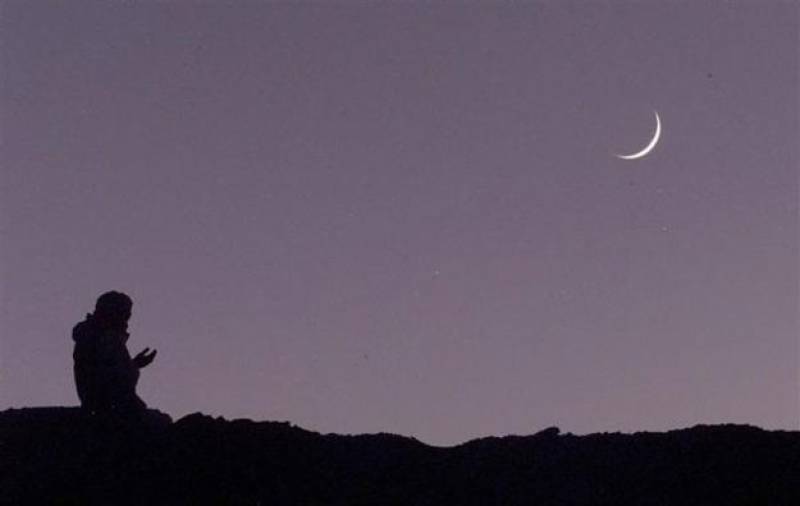 ISLAMABAD - Muslims in Pakistan will commence their 2017 Ramazan fasting tomorrow (Sunday), as moon was sighted on Saturday.

The Central Ruet-e-Hilal Committee met under Mufti Muneeb ur Rehman after the Maghrib prayers for sighting the crescent of the holy month of Ramazan.

Taraweeh prayers will be held across the country from Saturday night as Ramazan begins from Sunday.

Earlier on Friday night, the committee had announced that since no sightings of moon were received from anywhere in the country, Ramzan will begin from Sunday.

However, Mufti Shahabuddin Popalzai of Masjid Qasim Ali Khan, Peshawar announced later that they had received several credible testimonies of moon sighting and thus many in Khyber Pakhtunkhwa will begin observing Ramazan from Saturday.

In light of Ramazan, the setting up of Sasta Bazaars has been completed by the district administrations across the country so affordable essential commodities can be provided to the public.

In Karachi, the management of K-Electric - the country’s sole privatised power company - met the commissioner wherein the utility’s officials assured the provincial government that no loadshedding will be carried out during Sehr and Iftar times in Karachi.

Muslim communities in Britain, France, Germany and other European countries, as well as those in the US and Canada are observing the first of Ramazan on Saturday (today).

Saudi Arabia, UAE, other Gulf kingdoms and states in the Middle East are also observing Ramazan from Saturday.

However, with no credible moon sightings in India and Bangladesh, the two countries will observing the first day of Ramazan from Sunday.

In Saudi Arabia, thousands of Muslims participated in Taraweeh prayers Friday night in Masjid-e-Nabvi in Medina and Masjid Al Haram in Mecca.

In the UK, in light of the Manchester attack, security has been heightened around mosques.