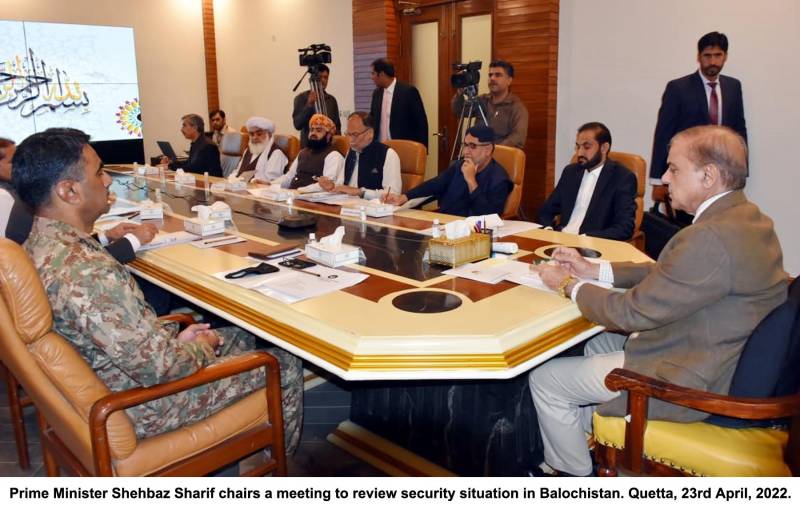 ISLAMABAD – The Ministry of Foreign Affairs confirmed on Friday that Prime Minister Shehbaz Sharif will visit Turkey next week,

This is going to be Shehbaz Sharif's first visit to Ankara after assuming the charge of prime minister's office last month.

"The prime minister would be visiting Turkey next week, and we would be sharing with you more details containing elements, specific elements and engagements envisaged during this visit," FO spokesperson Asim Iftikhar said in response to a question during his weekly press briefing.

Former prime minister Imran Khan went to Turkey on a two-day visit in January 2019, where he met Turkish President Recep Tayyip Erdogan in Ankara and other senior government officials.

PM Shehbaz has held two foreign trips this month to Saudi Arabia and the United Arab Emirates (UAE), respectively, after assuming office on April 12, as he sought to strengthen bilateral ties with the oil-rich states.

Following the prime minister's visit, Saudi Minister of Finance Mohammed al-Jadaan said this week that the Kingdom was finalising the extension of the $3 billion deposit to Pakistan.

Prior to Davos, at the special invitation of State Councilor and Foreign Minister Wang Yi, Bilawal visited China — his first bilateral visit abroad since assuming office last month — on May 21-22, the Foreign Office spokesperson said.

While beginning his press conference, the spokesperson strongly condemned and rejected the mala fide conviction and sentencing of Hurriyat leader Yasin Malik in a grossly suspicious and contrived case registered under the draconian Unlawful Activities Prevention Act (UAPA) and Indian Penal Code (IPC) dating back to 2017.

The spokesperson noted that the Indian Charge d’Affaires (Cd’A) in Islamabad was called to the Foreign Office on 25 May and conveyed Pakistan’s strong indignation over the highly reprehensible sentencing of Malik.