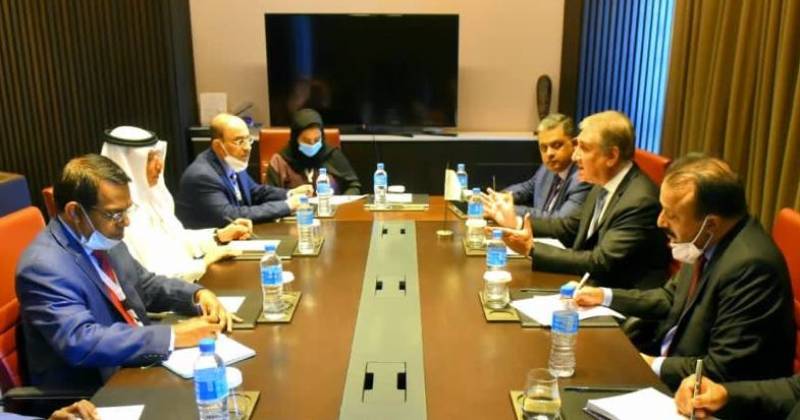 The meeting took place in the run-up to the 47th Session of the OIC Council of Foreign Ministers (CFM).

Qureshi emphasised that Pakistan attached utmost importance to the OIC as the sole and most prominent voice of the Muslim Ummah.

Both leaders discussed a wide range of issues confronting the Muslim Ummah, including rising Islamophobia, the situation in Illegally Indian Occupied Jammu and Kashmir (IIOJK) and Palestine, and challenges posed by the COVID-19 pandemic.

Qureshi highlighted Pakistan’s deep concern at the human rights and humanitarian situation in IIOJK, and India’s moves to change the demographic structure of the occupied territory as it is a clear violation of UN Resolutions and International Law including the Fourth Geneva Convention.

He expressed appreciation at the OIC’s consistent and historic support for the Kashmir cause.

The Foreign Minister also apprised the Secretary-General about the initiative by Pakistan for the adoption of a resolution on Islamophobia by the 47th CFM.

FM conveyed #Pakistan’s deep concern at aggravating HR situation in #IIOJK; expressed appreciation at OIC’s consistent support for Jammu & Kashmir cause; apprised him about initiative by ???????? for adoption of a resolution on Islamophobia at 47th CFM. 2/2

He noted that his Special Envoy on Jammu & Kashmir visited Pakistan and AJK earlier this year and that the Special Envoy’s report would be submitted to the CFM.

The Secretary-General also shared his perspective on the issue of Islamophobia and apprised that the latest report of OIC’s Islamophobia Observatory was also due to be released at the CFM.