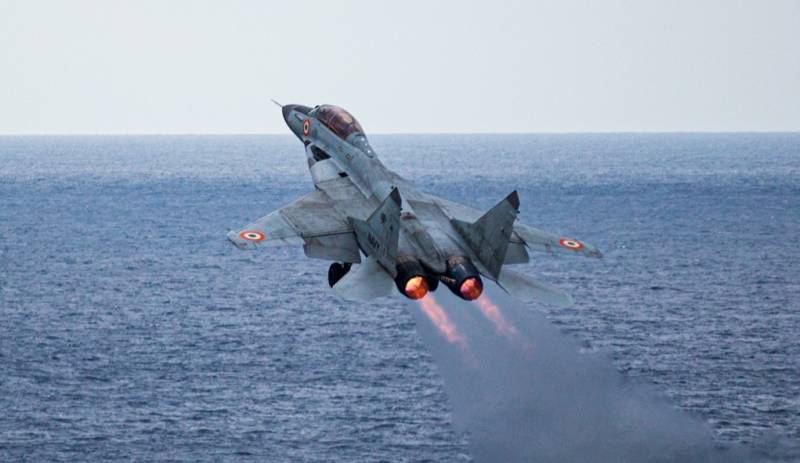 NEW DELHI – The Indian Navy’s trainer aircraft MiG-29K crashed into the sea on Thursday after which one pilot has gone missing while the other has been rescued, officials said.

As per the details, the naval force confirmed that the accident occurred at 5 pm on Thursday.

A probe has been ordered to investigate the incident, Navy officials said, adding that more details about the crash are awaited.

A MiG-29K trainer ac operaring over sea reported ditched at about 1700h/ 26 Nov 20. One pilot recovered. SAR (Search & Rescue) operation in progress to look for the 2nd pilot. #IN has instituted an inquiry to look into cause of accident @indiannavy (rep pic) pic.twitter.com/LKxOyKmTRL

The officials said, the jet had taken off from India’s only aircraft carrier INS Vikramaditya. MiG-29K operates from the deck of INS Vikramaditya, which had taken part in the recent Malabar naval drills involving the Quad navies of US, Australia, India and Japan in the northern Arabian sea.