China helped Pakistan when no other country was interested, says Ahsan Iqbal 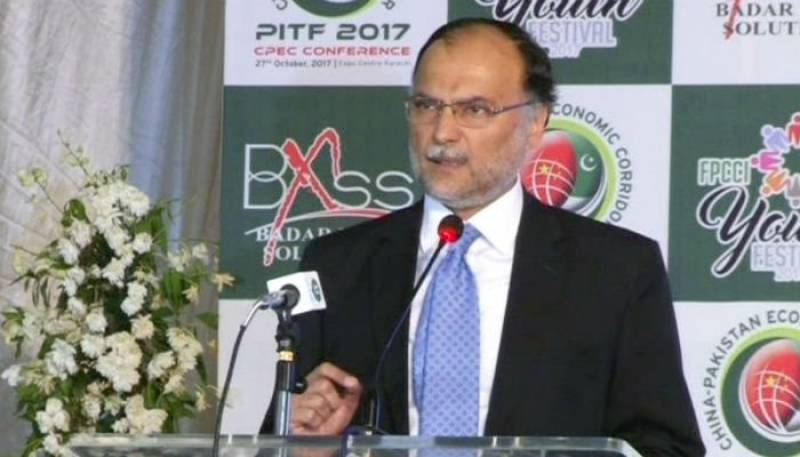 KARACHI -  Interior Minister Ahsan Iqbal remarked that China helped and invested in Pakistan at a time when no other country was interested.

Addressing the Pakistan International Trade Fair 2017 on Friday, the minister expressed that projects worth Rs27 billion have been completed under China Pakistan Economic Corridor.

The lawmaker claimed that Pakistan will not be dependent on other countries for resources such as oil and liquefied natural gas as China helped diversify energy generation projects.

'Three hundred and sixty LNG projects are being worked on under CPEC', he added.

Ahsan Iqbal observed that seventy years ago, no one would have imagined capitalising on the coal available in Tharparkar but now the resource was now being tapped courtesy of CPEC.

Pakistan International Trade Fair has been organised by Federation of Pakistan Chambers of Commerce and Industry in collaboration with Badar Expo.

The expo, which was inaugurated by President Mamnoon Hussain on Thursday, seeks to provide a platform to entrepreneurs to showcase their products to buyers from more than 20 countries.