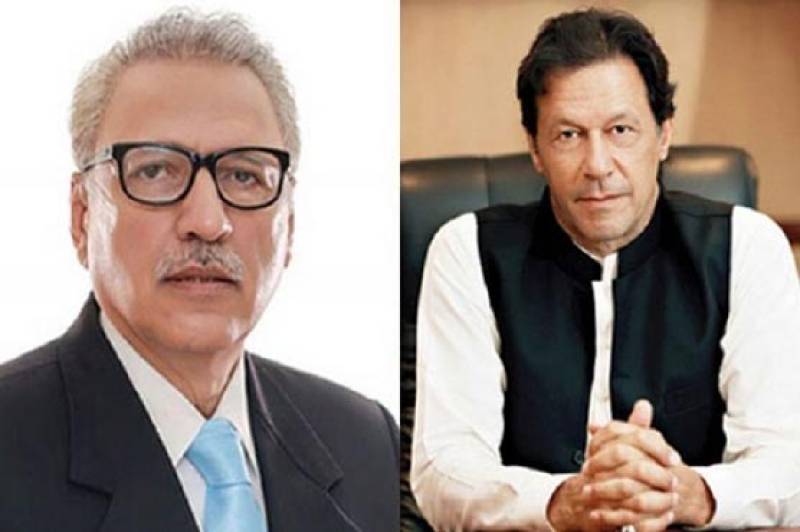 ISLAMABAD - President Dr Arif Alvi and Prime Minister Imran Khan have reaffirmed Pakistan’s unflinching moral, political and diplomatic support to the people of Indian Occupied Jammu and Kashmir till realization of their legitimate right to self-determination.

The President in his message said that the UN Security Council through several of its resolutions has upheld the fundamental right of Kashmiri people to decide their own future through a fair and impartial plebiscite held under the UN auspices.

“The #UN Security Council, through several of its resolutions, has upheld the fundamental right of Kashmiri people to decide their own future through a fair and impartial plebiscite held under the UN auspices.” #BlackDay pic.twitter.com/ekz5aDADG9

He said since August 5th this year, India has imposed an inhuman lockdown over 8 million people in the occupied Kashmir. The President said Indian occupying forces are perpetrating unspeakable crimes against Kashmiri people, including women and children, with complete impunity, the Radio Pakistan reported.

Prime Minister Imran Khan in his message said the Kashmir Black Day being observed in Pakistan and across the world today is distinct from the past.

ISLAMABAD - Kashmiris on both sides of the Line of Control (LoC) and the world over are observing Black Day today to ...

He said on 27 October 1947, India had illegally occupied Jammu & Kashmir and, on 5 August this year, it took further steps to unilaterally alter the disputed status of the territory and change its demographic structure and identity.

The Prime Minister said through deployment of additional troops and an unprecedented media and communications blackout, Indian occupied Kashmir has been turned into the largest prison on the planet.

He said Pakistan, the Kashmiris and Muslim Ummah, have categorically rejected this travesty of law and justice.

Imran Khan said Pakistan demands the immediate lifting of the curfew and communications blackout as well as rescinding of India’s illegal and unilateral actions in the occupied territory.