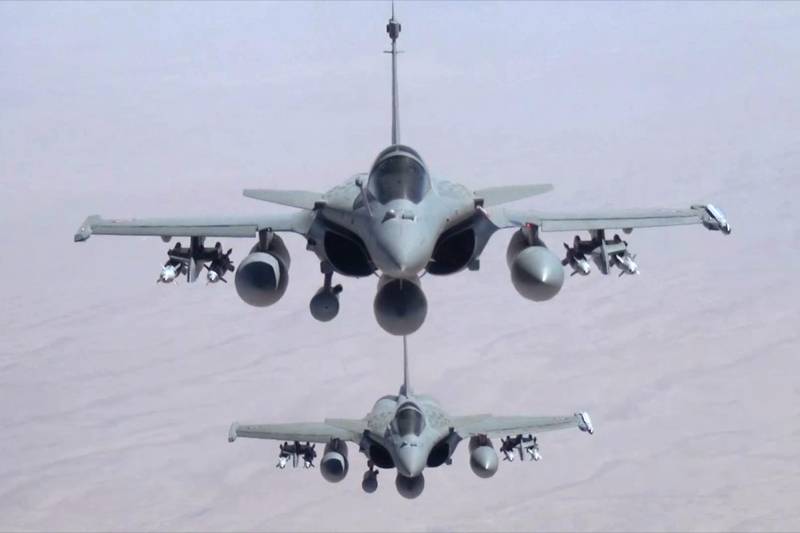 PARIS (Web Desk) - France has carried out its first air strikes against Islamic State militants in Syria, the Élysées Palace said in a statement.

"Our country thus confirms its resolute commitment to fight against the terrorist threat represented by Daesh [Islamic State]. We will strike each time that our national security is at stake," the French Presidency said in a statement.

The president's office said that French planes struck targets identified during reconnaissance missions conducted over the past fortnight.

France co-ordinated with regional partners for the operation, a brief statement said.

French jets have previously carried out air strikes against IS targets in neighbouring Iraq.

Earlier this week France announced it may carry out airstrikes against Islamic State targets in Syria as an act of self-defense.

“We are part of the coalition in Iraq [against ISIS],” France’s President Francois Hollande said at a news conference. “We started reconnaissance flights [in Syria] to enable us to consider air strikes if they were necessary and they will be necessary in Syria.”