Most of the Taliban leadership hiding in Afghanistan, Pakistan willing to facilitate peace process: Foreign Secretary 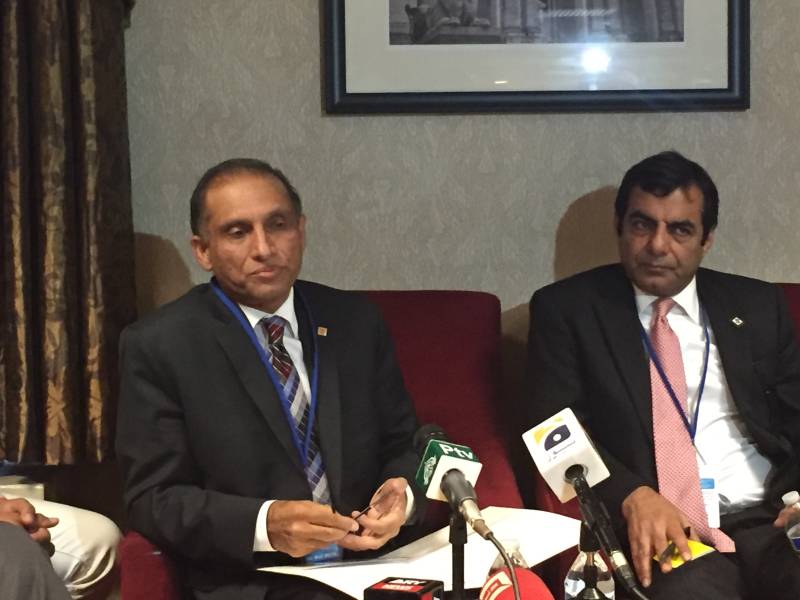 New York (Usman Shami) Pakistan is willing to play its role as a facilitator in Afghan peace process, if requested by the Afghan government to do so, foreign secretary Aizaz Choudhry proposed in his press briefing to the media, on Saturday evening, in New York. He added, Taliban are not controlled by Pakistan and most of the Taliban leadership is hiding in Afghanistan. Pakistan's message to the Taliban is very clear, it doesn't want them to destabilize Afghanistan by following the path of insurgency or violence. The Afghan peace process should be lead and owned by Afghans, and Pakistan is willing to facilitate the process with the best of intentions- as it has done in the past.

Foreign secretary briefed the press about Sartaj Aziz's particpation in the 'High Level event on Afghanistan's reconstruction and Regional Cooperation' hosted jointly by United States and China. According to him, Prime Minister's national security advisor reiterated Pakistan's position clarifying that stability in Afghanistan is in Pakistan's greatest interest.

Foreign Secretary claimed that drone attacks by United States in Pakistani territory have sharply declined as a result of consistent protest registered by the incumbent government with United Nations human rights group and with American officials in bilateral meetings.

He said there is growing unease in Kashmir against illegal Indian occupation and ever increasing incidents of Pakistani flags being hoisted by locals are testament of Kashmiris' support for Pakistan and growing hatred against India. Despite India's provocations, Pakistan however, remains hopeful that Indian leadership will realize the larger objective, that is peace in South Asia, and refrain from escalating tensions.

Regarding Prime Minister's address to the UN General assembly on 30th September, the foreign secretary, responding to a question, hinted that PM Nawaz would deliver the speech in English language. An issue which has been a topic of discussion in Pakistani media, after Supreme court's decision to implement Urdu as official language for all government related communication. The court had advised government officials including Prime Minister and President to deliver speeches at international forums, also, in Urdu.

Regarding Iran's demand that an independent body should be set up, consisting of representatives from Islamic countries to oversee the Hajj operations, Foreign secretary insisted that Pakistan can only provide its opinion on the topic after Saudi government has presented facts to the world upon completion of its ongoing investigation regarding the causes of the stampede, the irony in his response didn't go unnoticed with the journalists present at the briefing, Mr. Choudhry however, refused to make any further comments.