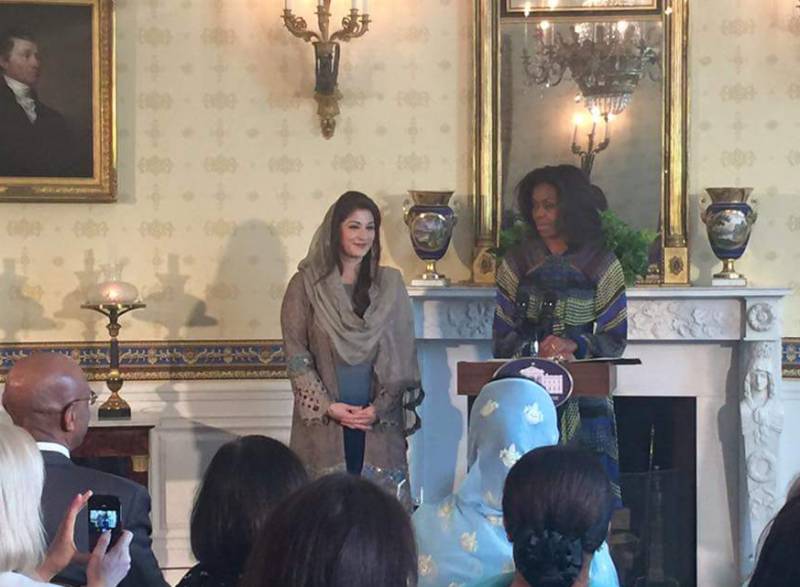 The directives were issued by a two-judge bench headed by Justice Munib Akhtar on a constitutional petition filed by civil rights campaigner, Bisma Naureen who alleged misappropriation of the aid granted for the promotion of girls’ education.

The petitioner informed the judges that former Prime Minister Nawaz Sharif’s daughter Maryam Nawaz and Michelle Obama had inked a contract to cement Pak-US ties and vowed to work together on expanding opportunities for education for females in Pakistan.

"However, not a single penny was spent on education as no programme was launched by the government," she alleged.

The civil rights campaigner stated in her petition that no one knew where the amount had been used, alleging that $70 million was embezzled.

She named the chairman of the National Accountability Bureau chairman, Prime Minister’s House, federal finance ministry and Maryam Nawaz as respondents and asked the court to direct the country’s accountability watchdog to probe into this matter and bring the culprits under the law.

The petitioner also questioned Maryam’s authority to oversee government affairs and said that the former Prime Minister’s daughter did so without holding any public office.

She also asked the federal authorities to explain under which capacity Maryam Nawaz had signed the agreement with the former US First Lady.