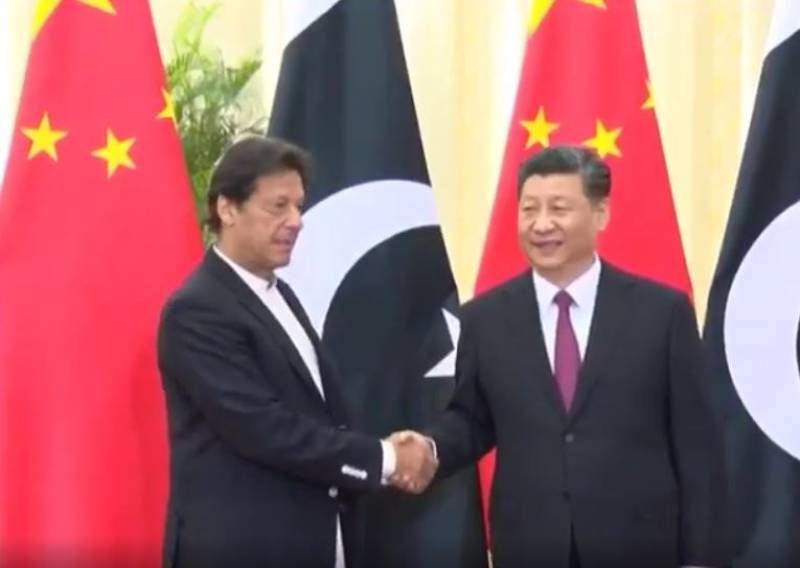 According to the Radio Pakistan, the members of Pakistan delegation were also accompanying the prime minister during the meeting in Great Hall.

The premier and his delegation also held a meeting with Chinese Premier Li Keqiang and discussed bilateral issues and regional matters.

Addressing Leaders' Roundtable Session of 2nd Belt and Road Forum in Beijing today, he said we should also consider digital connectivity, mobility of labour and transfer of skills, cultural links and knowledge and innovation connectivity to further expand the scope of the BRI.

To implement these additional areas of connectivity, the premier said that the BRI countries should establish a Tourism Corridor for cultural tourism exchanges. They should develop programmes for improving the skills of labour from labour surplus countries to assist the labour deficient countries. He said we should also create multilingual digital platforms for connecting producers, consumers and skilled job seekers.

Prime Minister Imran Khan said Pakistan is at the crossroads of important regions. Throughout our history, we have connected ideas, cultures and commerce. 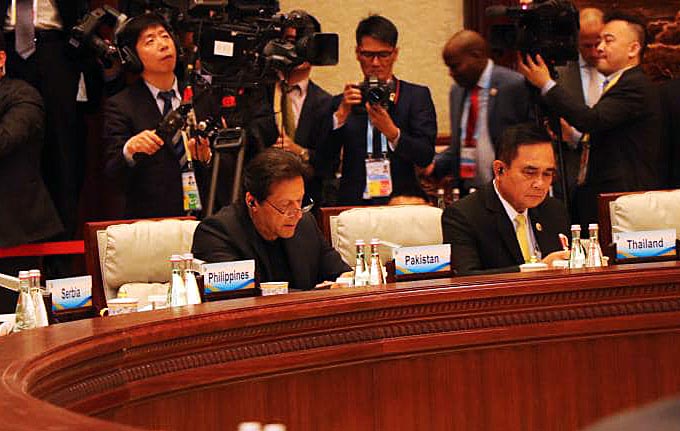 He said connectivity has been a part of our heritage and the CPEC is giving it modern shape in the 21st century.

Alluding to the Chinese successes, he said President Xi Jinping has given the BRI vision to break barriers, connect people, integrate economies and share prosperity.

Imran Khan said Pakistan is privileged to have been an early partner of China. He said under the CPEC, we are building highways, modernizing rail network, setting up power plants, establishing a port and special economic zones. He said the CPEC is not a transaction rather it is a transformation of our society.

PM Imran Khan noted that the connectivity of the Gwadar port with China's Xinjiang region will provide a shorter route for China's imports, reduce the cost for Chinese companies and develop western China as well.

Earlier on Saturday, the premier attended the leaders' roundtable meeting at the Belt and Road Forum (BRF) for International Cooperation at the International Convention Centre, Yanqi Lake in Beijing.

Addressing the roundtable meeting, PM Imran said that the China-Pakistan Economic Corridor (CPEC) was a source of transformation for Pakistan and stressed the need to further boost connectivity under the umbrella of the Belt and Road Initiative (BRI).