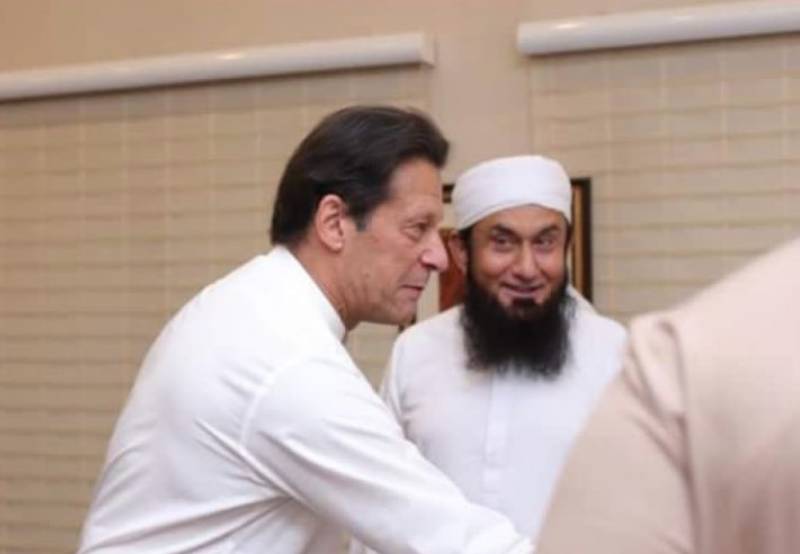 ISLAMABAD – Renowned Islamic preacher Maulana Tariq Jamil made a special prayer for former prime minister Imran Khan on Shab e Qadr, one of the blessed nights for Muslims, hoping for a better future for Pakistan.

Speaking at the special prayer, PTI Chairman Imran Khan said a nation will not exist if it loses its ideology. Lamenting his ouster, the cricketer turned politician said his efforts to model Pakistan on the principles of the state of Madina remained fruitless.

He maintained that foreign conspiracies were hatched against Pakistan. Khan urged believers to pray tonight to become a great nation, saying it's time to break the chains and regain freedom.

Earlier, the PTI chairman took to Twitter about the prayer night. “Pakistan came into being on 14th August 1947 according to 27th Ramadan,” Khan wrote, saying I will raise my hands in prayer to the Lord of Glory for the success of my movement for true sovereignty and democracy."

Pakistan was created on 27th Ramazan 14th August 1947. Today on 27th Ramazan I will be offering Dua at 10.00 pm with Maulana Tariq Jameel for the success of our Movement for Haqeeqi Democracy & the sovereignty of our beloved Pakistan. #MarchAgainstImportedGovt

Later, Maulana Tariq Jamil concluded the special prayer, seeking forgiveness and special blessings from the Almighty for Muslims and Pakistan. He prayed to God to cure all the ills Pakistan is suffering from and show the right path to the Pakistani nation, political parties and the judiciary.