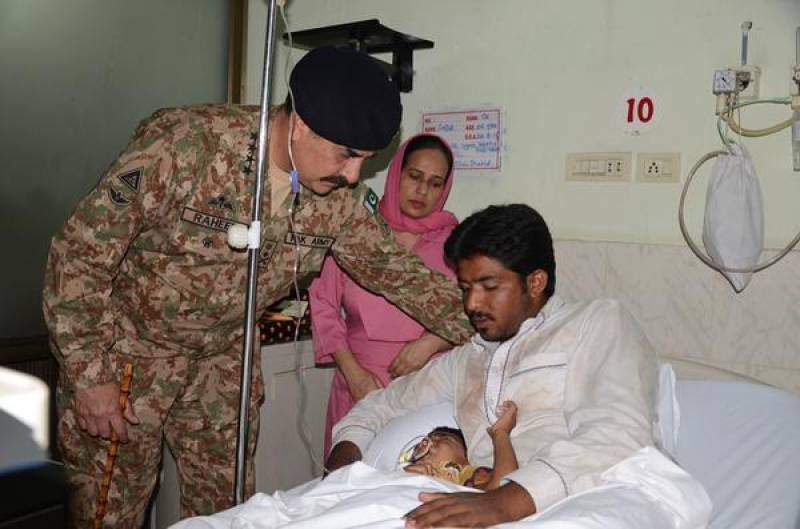 SIALKOT (Staff Report) - Chief of Army Staff General Raheel Sharif on Friday paid a visit to Combined Military Hospital (CMH) Sialkot to inquire about the health of those injured by unprovoked Indian firing along Line of Control (LoC).

The army chief also visited Punjab Rangers headquarters on the occasion. He termed the ceasefire violations highly immoral and unprofessional. The COAS appreciated the Rangers personnel for their befitting response to Indian aggression.

"We can sense definite linkage between terrorism being sponsored by India in various parts of Pakistan and belligerence along LOC," General Raheel said.

According to Inter-Services Public Relations (ISPR) as many as 47 people have so far been wounded by Indian forces in villages located near to Sialkot Working Boundary. Another ten people have died in the ceasefire violations.

Meanwhile DG Punjab Rangers and Border Security Forces chief are scheduled to meet on September 9 to discuss the recent episode of ceasefire violations.