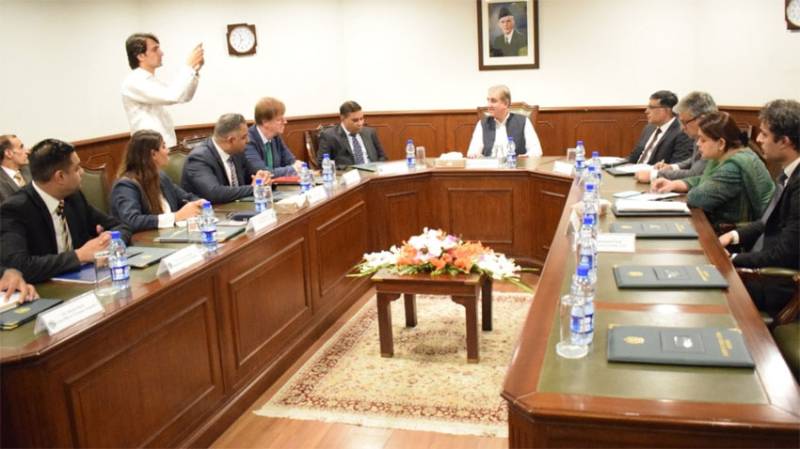 ISLAMABAD - Foreign Minister Shah Mahmood Qureshi has emphasized that the nefarious attempts by India to alter the disputed status of Occupied Kashmir is a clear violation of numerous United Nations Security Council (UNSC) resolutions on Jammu and Kashmir.

The foreign minister was talking to a five-member delegation of British parliamentarians who called on him in Islamabad.

Foreign Minister said the United Nations Security Council Consultation on Jammu & Kashmir dispute, which India frenetically tried to stop, is a testimony to the fact that it is an internationally recognized dispute.

He reaffirmed Pakistan’s principled political, diplomatic and moral support to the Kashmiris in their just struggle for the right to self-determination, the Radio Pakistan reported.

The Minister said Indian actions are a grave, destabilizing threat to the already volatile situation in South Asia and could have serious implications.

The members of the UK parliamentary delegation recognized Pakistan’s concerns regarding the latest developments in Occupied Kashmir.

They said continued that ongoing curfew, as well as potentially serious human rights abuses not being reported due to the blanket media blackout, deserved the attention of the international community.