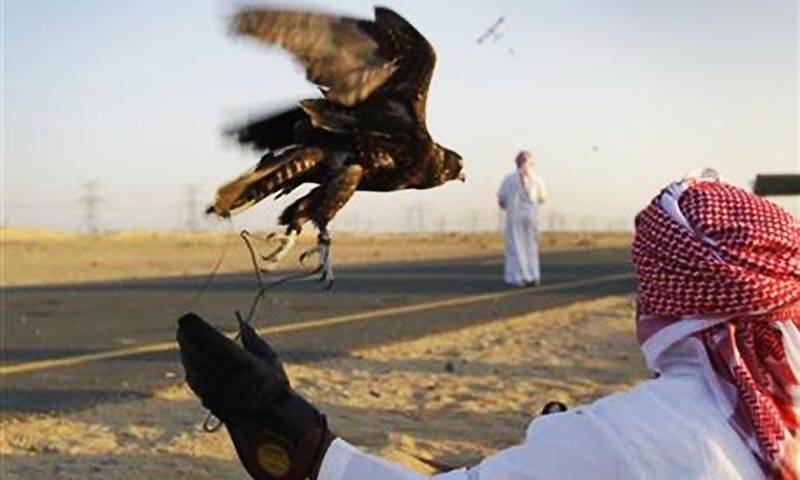 KARACHI - The federal government has given the go-ahead to dignitaries of Bahrain, including King Sheikh Hamad bin Isa bin Salman Al-Khalifa, to hunt  houbara bustard in Pakistan.

According to a report by Dawn News, seven special permits were issued, allowing the dignitaries to hunt the migratory bird in Sindh and Balochistan. Recipients include uncle of the king, his defence adviser, a field marshal, armed forces chief and other members of the Bahraini royal family.

The hunting permits signed by the foreign ministry’s deputy chief of protocol, Naeem Iqbal Cheema, have been sent to the members of the Bahraini royal family through Bahrain’s embassy in the federal capital.

The letter issued in this regard states:

'The ministry of foreign affairs of Pakistan presents its compliments to the Embassy of Kingdom of Bahrain in Islamabad and has the honour to state that the government of Pakistan has conveyed its recommendations to the authorities in the provinces concerned for allocation of following areas to the dignitaries of Kingdom of Bahrain for hunting of houbara bustard for the season 2016-17'.

Sources close to the developments claimed that not only was Pakistan a signatory to various international bindings that restricted the bird’s hunting but the country’s wildlife protection laws also barred its killing. The Pakistanis were, therefore, not allowed to hunt the protected species.

The Internationally migrated Houbara bustards migrate in thousands from Central Asia to Pakistan every winter, giving the Pakistani elite a chance to engage in “soft diplomacy”, as special permits are issued every year in order to allow affluent sheikhs to hunt the bird. This is in spite of the fact that houbara bustard hunting is officially banned in Pakistan.

On the other hand, The Khyber Pakhtunkhwa government has imposed a ban on hunting of Houbara bustard in the province.

I am going to speak to the KP CM not to allow anyone to hunt Houbara Bustards in KP as it is a protected bird and hunting them is illegal.