Thinking about attending a New Year's party? Religious parties have a plan for you 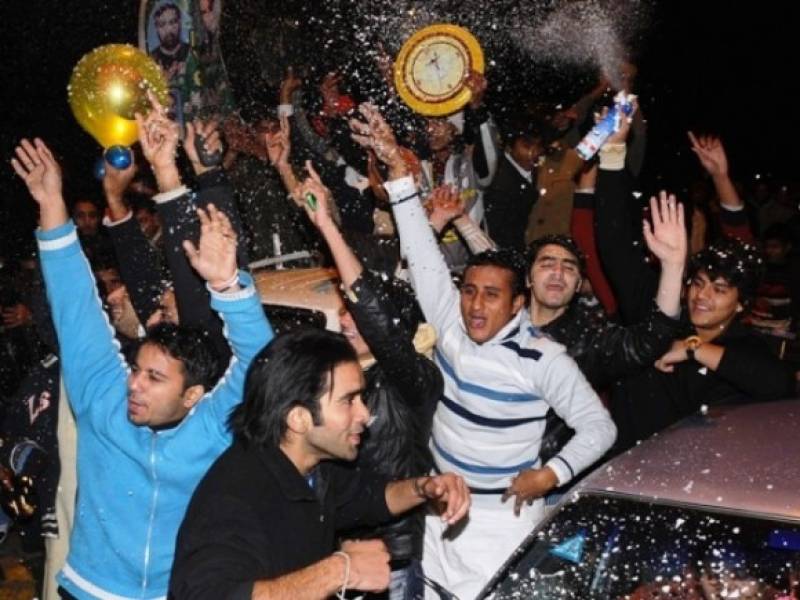 LAHORE - Religious parties in Pakistan have chalked out a plan ahead of New Year's Eve and if you are thinking about attending any fun filled New Year's party, you may be forced to reconsider.

Scores of vigilante groups have constituted special forces armed with batons for the enforced prevention of musical programmes and cultural shows on New Year’s Eve.

These dedicated forces will mainly focus on preventing any sort of probable dance parties on 31 December.

Members of the vigilante force would patrol crowded places in major cities mainly Lahore, Karachi and Islamabad to keep an eye on teenagers engaged in any kind of 'immoral' activity.

Religious factions would enlist the help of local administration to take to task anyone found indulging in alcohol. They have also issued a warning regarding not tolerating any lapse in morality.

On the other hand, a number of local hotels, theatres and companies are gearing up to celebrate New Year’s Eve by arranging cultural and variety programmes. Scores of residents and visitors have already thronged hotels and guest houses to mark the night with gusto and zeal.

It is relevant to mention that Pakistan does not celebrate New Year's Eve officially. However, many young boys and girls celebrate the occasion on a private level.