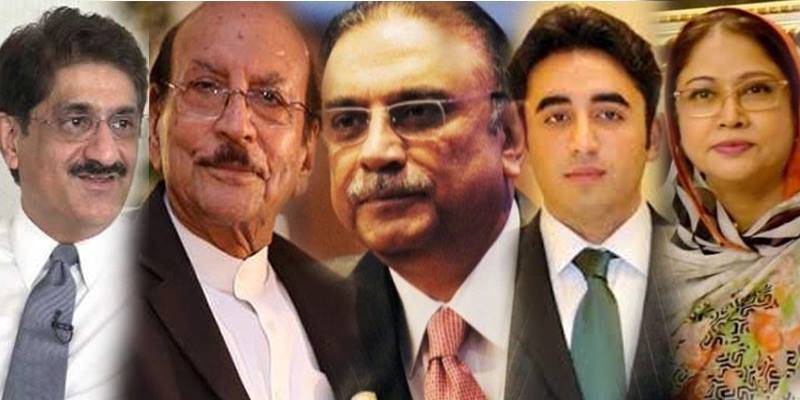 ISLAMABAD - The federal government on Friday issued the list of 172 suspects placed on the no-fly list following a joint investigation team's report on the fake accounts case.

According to local media, the names of all suspects have been put on the Exit Control List (ECL), barring them from leaving the country.

Here is the complete list of suspects placed on ECL.

On Thursday, Information Minister Chaudhry Fawad Hussain announced that the Pakistan Tehreek-e-Insaf government had decided to place the name of Pakistan Peoples’ Party co-chairman Asif Ali Zardari and other persons involved in the money laundering case on the no-fly list.

Following the order, the Federal Investigation Agency (FIA) taken the custody of passports of the top PPP leadership including the former president, PPP Chairman Bilawal Bhutto Zardari and Faryal Talpur.

ISLAMABAD - The Pakistan Tehreek-e-Insaf government on Thursday decided to place the name of Pakistan Peoples’ Party ...

On Monday, the Supreme Court issued a notice to Pakistan Peoples Party co-chairman Asif Ali Zardari, and order the authorities to freeze the properties of Omni Group.