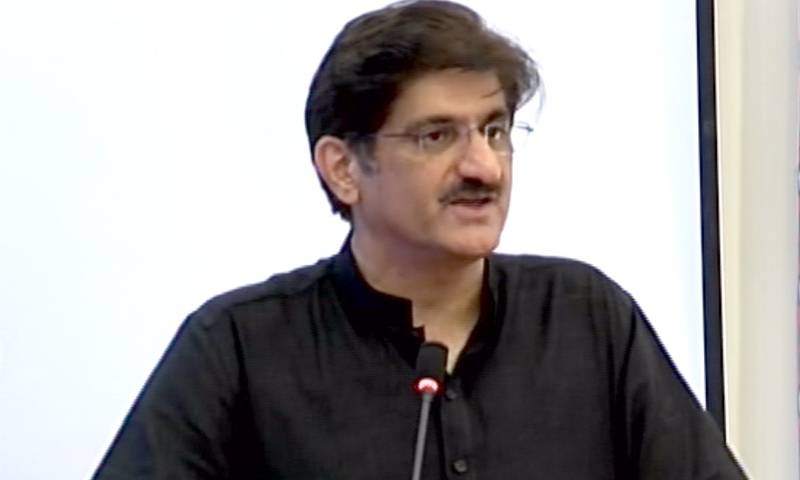 KARACHI - Leaders of Pakistan Tehreek-e-Insaf (PTI) and coalition party on Friday demanded the resignation of Sindh Chief Minister Syed Murad Ali Shah after his name was placed on a no-fly list for alleged involvement in the fake accounts case.

As many as 172 suspects, including Pakistan Peoples Party co-chairman Asif Ali Zardari, chairman Bilawal Bhutto Zardari, Faryal Talpur, were put on the Exit Control List (ECL) following a report by the joint investigation team (JIT) in the case.

PTI Member Provincial Assembly (MPA) Khurram Sher Zaman while speaking to the media said, “The JIT report proves that the PPP leaders were involved in the worst form of corruption in Sindh.”

“The Sindh chief minister should resign after his name surfaced in the JIT report,” he added.

Faisal Vawda, Federal Minister for Water Resources, also said that the Shah should resign from the post after his name emerged in the money laundering case.