Zardari, Faryal ‘can face references if they fail to answer JIT report’ 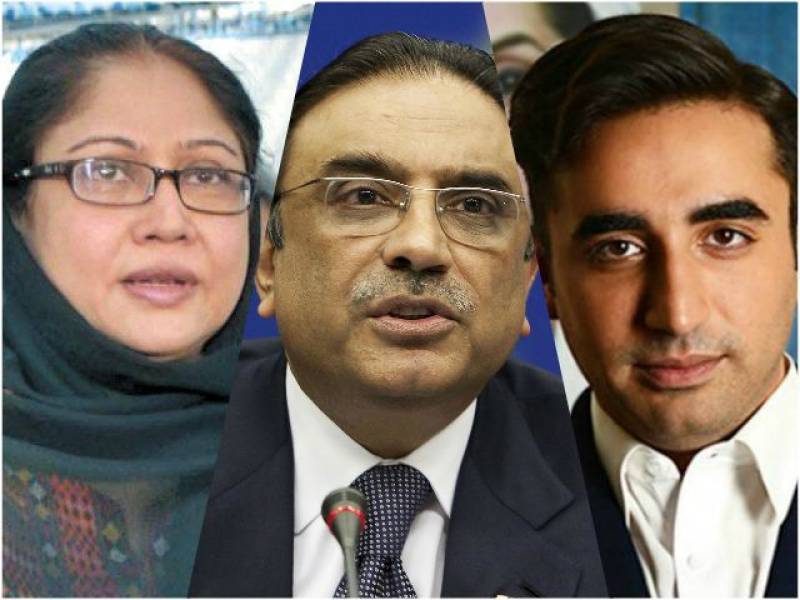 The JIT report had revealed that former President Asif Ali Zardari was allegedly found involved in 92 billlion dollar money laundering, he said, adding the former president had also got hidden assets in New York, he stated while talking to a private news channel.

The recent cabinet meeting took decision regarding putting the names of 172 people on Exit Control List (ECL) as these were found involved in money laundering and other similar activities, he added.

The suspects barred from leaving the country include Zardari, who is a member of the National Assembly, his sister Faryal Talpur, his son Bilawal Bhutto Zardari, who heads the opposition Pakistan People's Party and Murad Ali Shah, who is chief minister in southern Sindh province.

Through civil recovery, we could accumulate taxes which were not paid by the tax payers, Barrister Akbar said, adding no matter, if tax payer was living abroad or here but he or she should pay the taxes, which they have avoided.

The concerned department was searching the people through automation and we have information about such persons who avoided to pay taxes or hiding their properties here and abroad, he said.

The present government was making efforts and discussing the matters with foreign countries for bringing the illegal money of Pakistani people back to this country, he added.

To a question, the PM's Special Assistant on Accountability said Faryal Talpur was the owner of six properties but these assets were kept in the name of her servants. It was strange for the concerned department that how servants could be the owner of such properties.