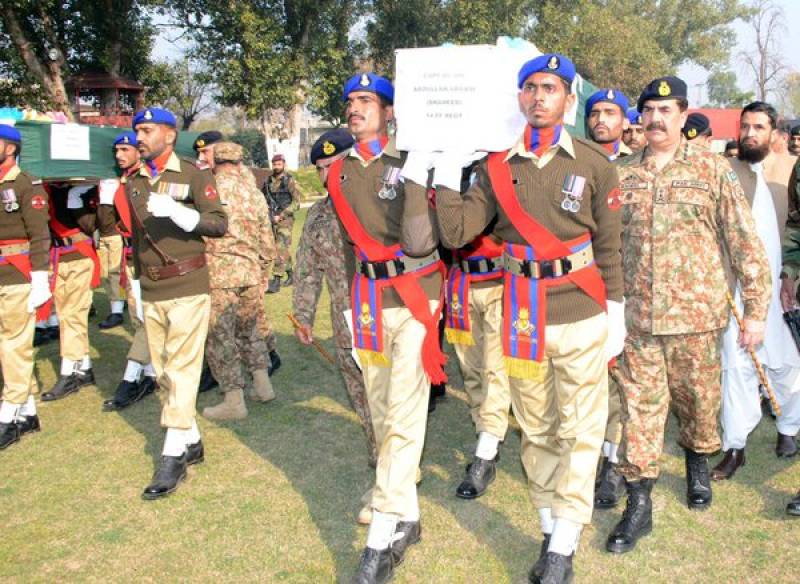 Other top military officials and civilian leaders also attended the funerals. The participants paid rich tributes to those who sacrificed their lives for country. 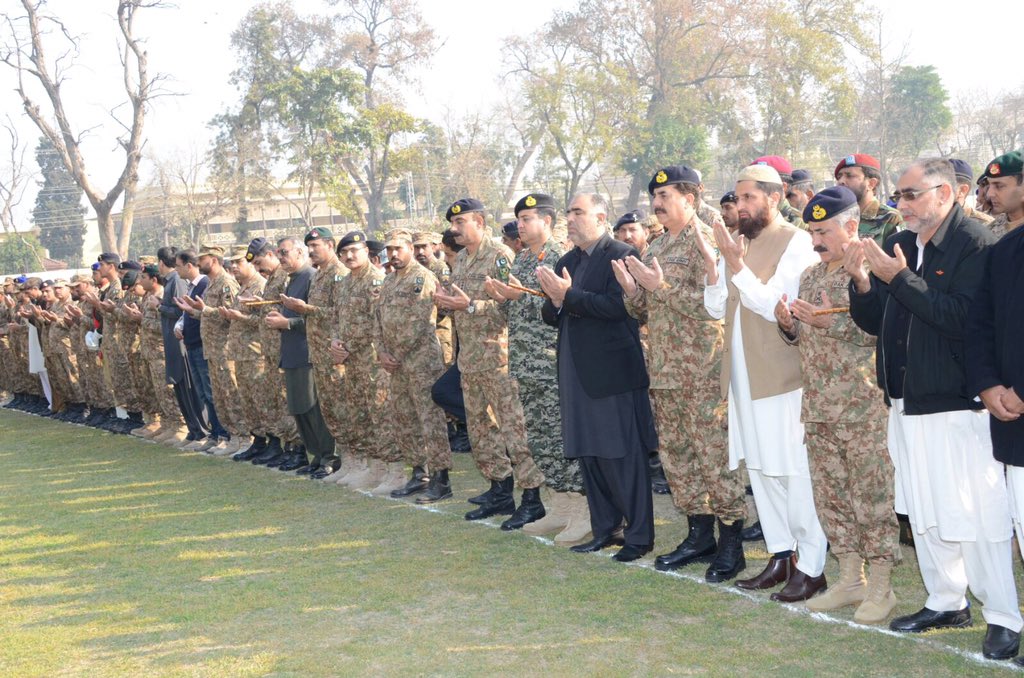 According to Inter-Services Public Relations (ISPR), the three soldiers and one officer, Captain Umair died in combat against terrorists in Shawal valley.

Soeaking on the occasion, the army chief said that brave soldiers of Pakistan army embraced martyrdom but did not allow militants to flee the battle filed. The menace of terrorism will be wiped out from every corner of country, he reiterated.