Grand operation in pipeline against 'battalion of rats' in Pakistan's Parliament 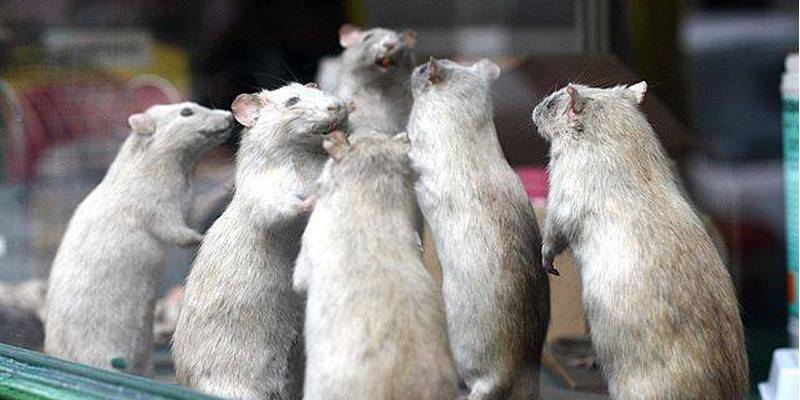 ISLAMABAD - It is common to see rats crawling on sleeping people, climbing out of toilets and attacking food items in houses in slums, but it turns out that the heavily guarded Parliament House is no different.

It surfaced on Tuesday in a meeting of the Standing Committee on National Food Security and Research which was held at National Agriculture Research Centre (NARC) under Chairmanship of Malik Shakir Bashir Awan, MNA.

NARC chairman in the meeting revealed that around 50,000 (fifty thousand) rodents are roaming in the Parliament. He added that the NARC will start planning an operation to stamp out the uninvited guests.

In 2016, special teams also waged a war on rats in the Parliament House, with one rodent caught alive from the Prime Minister's chamber.

Media reports suggested that the special teams successfully caught 430 rats in seven months. The operation was launched in June 2016 by a private firm against a contract of Rs650,000 annually. The contract was awarded by the Capital Development Authority (CDA) responsible for the maintenance of the house.

The committee also discussed other matters related to food security in the meeting. Ministry of National Food Security and Research secretary briefed the committee about the implementation status of the previous recommendations and also briefed about the Bill “The National Food Safety, Animal and Plant Health Regulatory Authority Bill, 2017”. After detail deliberations the committee deferred the said Bill till its next meeting.

He also briefed Public Sector Development Program (PSDP) for the financial year, 2018-19. He informed that there are 18 On-going Projects costing Rs.6471.285 million, 10 New-Approved Projects amounting Rs. 546.184 and 26 Un-Approved Projects worth Rs. 8846.214. The total budgetary proposals regarding PSDP for the FY-2018-19 were Rs.4183.441 million. After detailed discussion and certain observations of the Committee, the budgetary proposals were unanimously approved.

The standing committee also directed the ministry to complete all the projects relating to the PSDP in due time to avoid lapses of funds and unnecessary delay.

The meeting was also attended by Sikandar Hayat Khan Bosan, Minister for National Food Security and Research and other senior officers of the ministry.