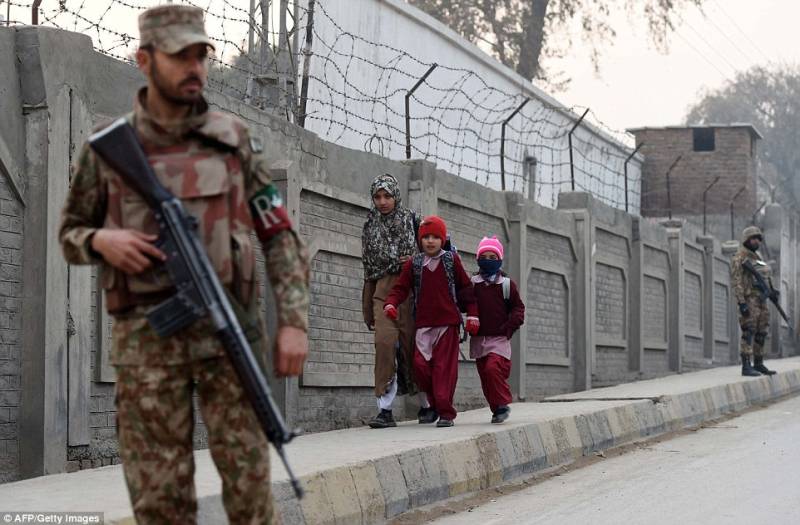 LAHORE (Staff Report) - All Army Public and Bahria schools and colleges across the country have been asked to stay closed until Monday.

Private and public educational institutions in Punjab are already closed until Jan 31, in the wake of growing security concerns and extreme cold weather.

The Railway Road campus of Islamia University in Bahawalpur and the Pattoki campus of the University of Veterinary and Animal Sciences were also closed.

Sources said the security in Karachi University was also beefed up, with walkthrough gates and scanners installed at the entry gates.

Rangers contingents were also seen patrolling on the roads.

In Quetta, security was beefed up on roads leading to Bolan Medical College, as authorities took extra measures to enhance the campus security.

According to security officials, inspection is underway in Punjab, with search operations in the localities around major education institutions.

At least 18 suspects were arrested during a search operation in Lahore.

Authorities claim that measures are being taken to enhance security for schools and colleges. The education institutions are likely to reopen on Monday.

All Bahria schools and colleges will also remain closed on Thursday and Friday, though Bahria University, Islamabad, Karachi and Lahore would be open.

In Islamabad, private schools such as Roots, Beaconhouse, Westminster and Frobel’s also announced they would reopen on Monday, Feb 1. However, the Federal Directorate of Education confirmed that all government schools in the capital would remain open.

Interior Minister Chaudhry Nisar Ali Khan on Thursday disagreed with the schools closure in Punjab, saying security could be improved while schools were still on.

"We should give a message of strength and unity and fight against the atmosphere of fear and terror.

"The terrorists are desperate so they are attacking the softest targets. There are hundreds of thousands of schools in Pakistan. Securing each is a difficult job, but it must be done."

He added: "I will request Punjab and other provinces to not shut down schools.

"I am saddened by the closure of schools. If we close all our educational institutions, hospitals, streets, neighbourhoods and hide ourselves in our houses; this is what the terrorists want."