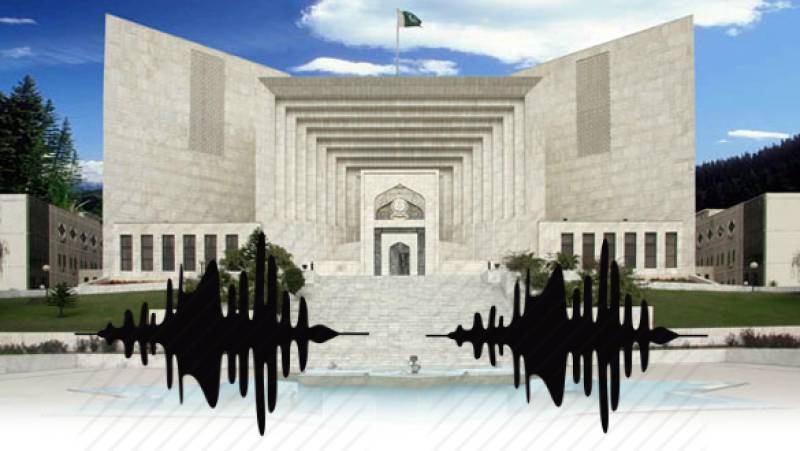 ISLAMABAD - A surreptitiously recorded audio of the Panama verdict has been leaked from Supreme Court's courtroom in which a five-judge bench, headed by Justice Asif Saeed Khosa can be heard delivering the judgement that disqualified Prime Minister Nawaz Sharif.

The audio comes hours after a text version of the judgement was released by the apex court. However, the audio is in direct violation of court rules against unauthorized recording.

It is pertinent to note that the Capital Administration had made special security arrangements for the Supreme Court.

Over 2,000 officials of Rangers, Frontier Corpse and police were deployed at and surrounding the court building.

Entry in the court premises was only allowed through passes, which were being issued by Registrar of the Supreme Court.

The media was also issued special passes for the coverage, while no unauthorized person was allowed to enter the red zone.