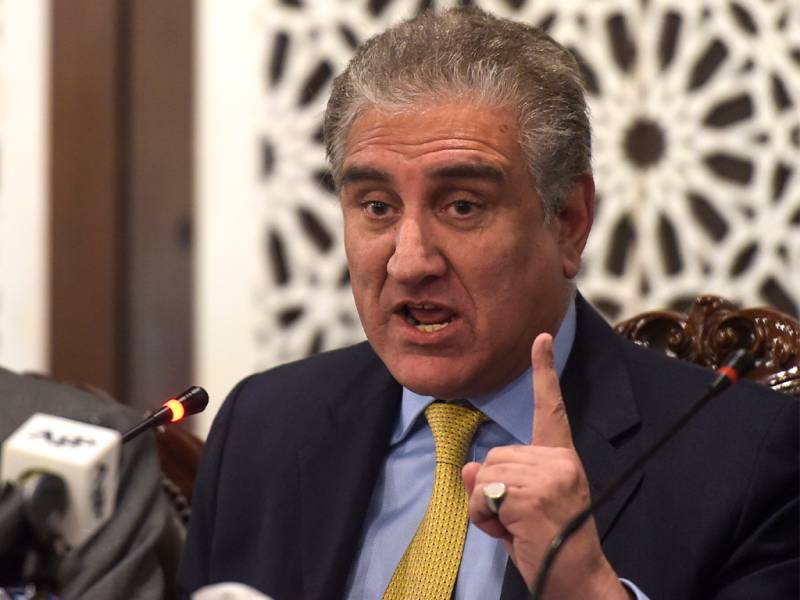 ISLAMABAD - Foreign Minister Shah Mahmood Qureshi said that India's adamant attitude on Kashmir issue can cost it heavy as the situation in the Indian occupied territory is deteriorating, the Radio Pakistan reported.

Talking to a private news channel, the foreign minister said that the offer of mediation by US President Donald Trump during Prime Minister Imran Khan's visit to Washington was more than Pakistan’s expectations.

He said the matter of US mediation on Kashmir was initiated by India, though the Modi regime is now backtracking from it following a hue and cry in his country's political circles.

The minister said that Prime Minister Imran Khan made the US realized that Kashmir is a flashpoint which requires an early resolution.

He said the US President was informed that Pakistan is a peace-loving country and desires peace in the region including with India.

Shah Mahmood Qureshi said the US desired Pakistan’s role for an intra-Afghan dialogue for which the Prime Minister committed to play his role to convince the Taliban leadership.

He said the Prime Minister categorically stated that the notion of strategic depth is outdated as the country is ready to extend all-out assistant for Afghan peace.

He said Pakistan wants the ballot to replace the bullet in Afghanistan and also desires Taliban leaders to join the political process by taking part in elections.