PAKvWI – First T20I between Pakistan, West Indies called off due to rain 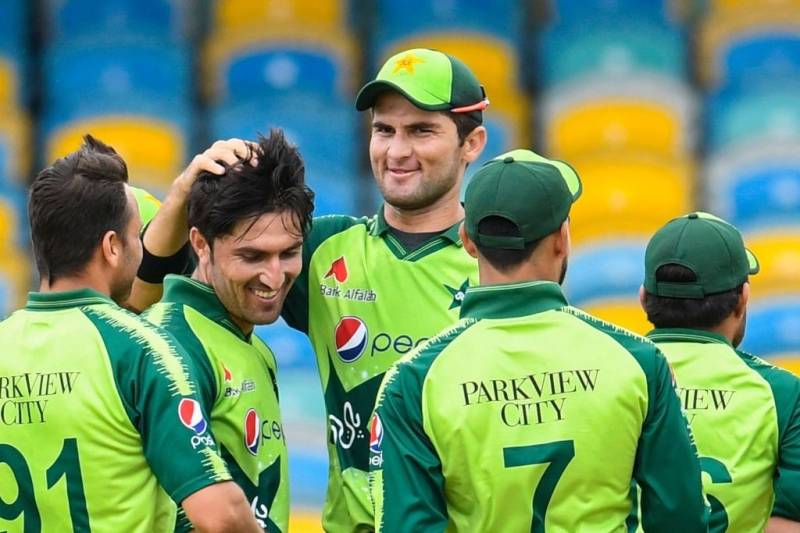 BARBADOS – The first play of the four-match T20I series between Pakistan and West Indies was cancelled due to rain at Kensington Oval, Barbados on Wednesday.

Pakistan was about to start their batting innings to chase 86-run target set by the hosts in the rain-shortened contest when the downpour again hit the venue.

The match had been reduced to nine overs as the play started with a delay due to rain.

Hasan Ali claimed the first wicket of the innings after he dismissed Evin Lewis (6) in 2.1 overs. Mohammad Hafeez removed Nicholas Pooran in 4 overs.

Shimron Hetmyer (5) was also dismissed by Hasan Ali. However, Kieron Pollard remained top scorer from hosts side as he made 22 runs and remained not out.

Earlier in the day, Pakistan won the toss and decided to bowl first against the host team.

Pakistan opt to field first in the opening #WIvPAK T20I.

Who are you backing? pic.twitter.com/5tYRJy2YS6

Pakistan Cricket Board (PCB) and Cricket West Indies (CWI) on Sunday announced a revised match schedule for the T20I series between their respective teams in the Caribbean.

Following the Osaka Presents PSO Carient T20 Cup, West Indies and Pakistan will then play two Betway Test matches at Sabina Park in Jamaica from August 12-16 and then from August 20-24.

This is the first Test Series for the West Indies in the new 2021-2023 ICC World Test Championship.