Not In My Name: Thousands gather in India to protest attacks on Muslims 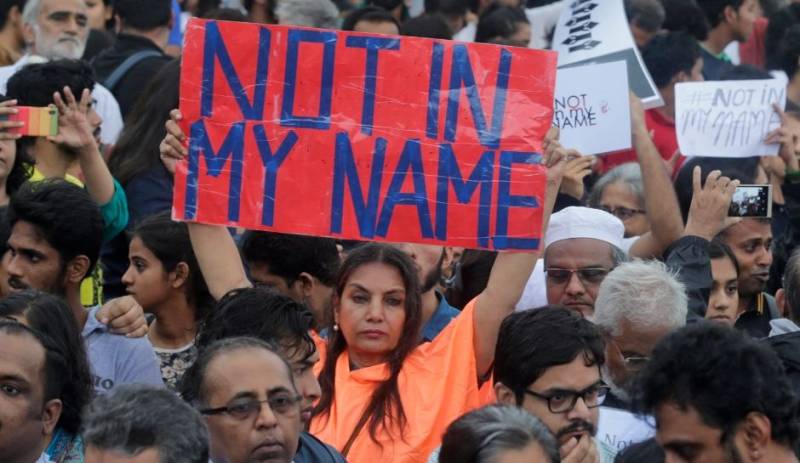 Carrying placards saying “Not In My Name,” the protesters decried the silence of the Hindu nationalist government in response to public lynchings and attacks on at least a dozen Muslim men and boys since it took power in 2014.

In New Delhi, thousands of people, including the elderly and parents with young children, sang songs and lit candles.

The “Not In My Name” campaign began after a Facebook post by filmmaker Saba Dewan against the stabbing of Junaid. She sought to “reclaim the constitution” and “resist the onslaught” on the right to life and equality.

In Mumbai, people braved rains to come out in large numbers. Actors Shabana Azmi, Konkona Sena Sharma, Rajat Kapoor and Ranvir Shorey and social media activist Arpita Chatterjee were among those who participated in the protest held at Carter Road in suburban Bandra.

Azmi said these are not isolated incidents and there is a need for a stringent law against the perpetrators. 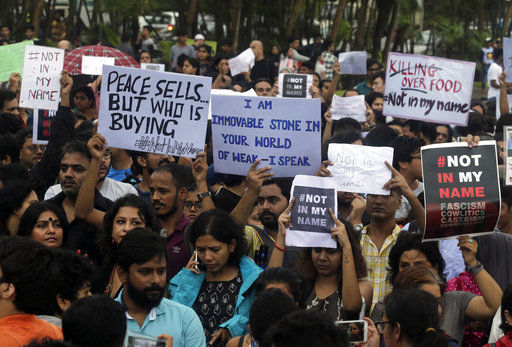 In Kolkata, among the protesters was filmmaker Aparna Sen. She said she was protesting against something which “we do not support and that is attacking any religious community”. She stressed that liberal voice has to be heard.

Last Friday, about 20 men attacked four Muslims on a train in the outskirts of New Delhi, fatally stabbing a teenager and seriously injuring two others.

The Muslim men said an argument over seats quickly turned into a brutal attack, with the mob accusing them of being “beef-eaters.” Many members of the Hindu majority consider cows sacred. The slaughter of cows and eating of beef is illegal or restricted across much of India. 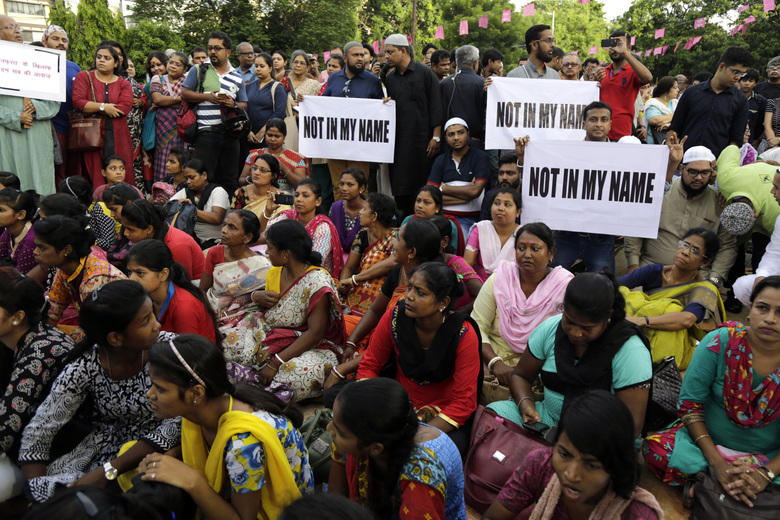 Rights groups say government officials, including the prime minister, have been slow to strongly condemn the attacks and that police action against perpetrators has been inadequate.

Five of the killings, almost all of them in broad daylight and in busy public areas, have taken place in the last three months.