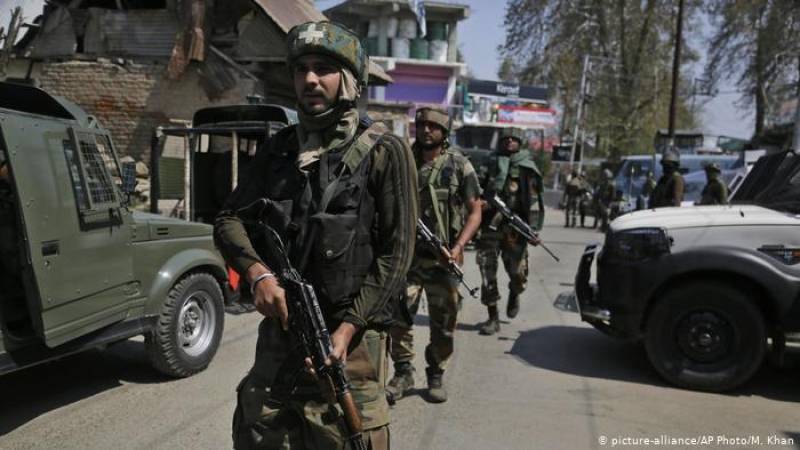 BADGAM - Indian troops, in their fresh act of state terrorism, killed one more Kashmiri youth in Badgam district of the held-valley today (Friday).

According to Kashmir Media Service (KMS), the troops martyred the youth during a violent cordon and search operation at Gund Chekpora in Nowgam area of the district.

The troops also destroyed a residential house in the area. The operation continued till the last report came in.

The occupation authorities have snapped mobile internet services in the entire Badgam district.

Meanwhile, the killing of the youth triggered forceful demonstrations in the area. Indian police and troops fired bullets, pellets and teargas shells to disperse the protesters, injuring several of them critically.