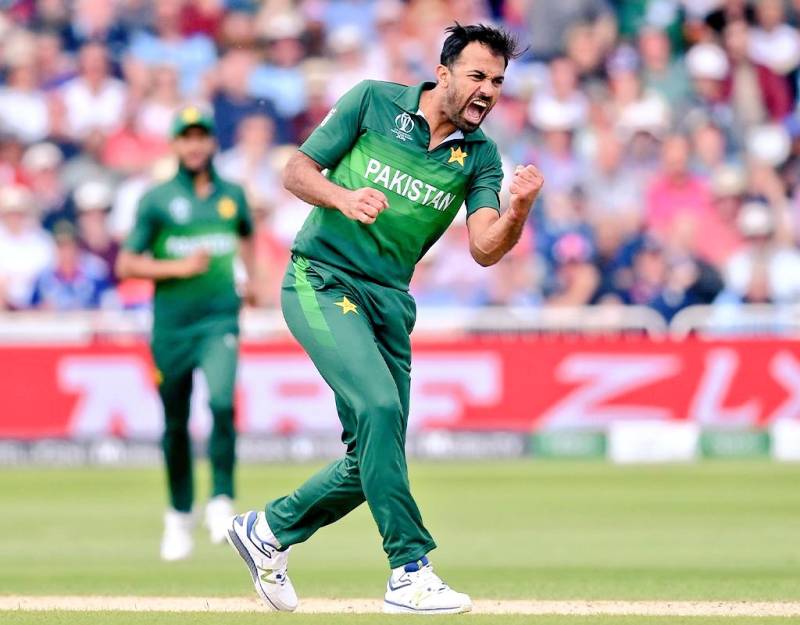 LAHORE: Pakistani ace pacer and Peshawar Zalmi captain Wahab Riaz is celebrating his birthday as he has turned 36 today.

Who could ever forget his fiery spell against @CricketAus at the 2015 @CricketWorldCup and his famous battle with @ShaneRWatson33 ☄️ pic.twitter.com/3yw3bCrolp

Who could ever forget his fiery spell against @CricketAus in 2015 and his famous battle with @ShaneRWatson33 ☄️ pic.twitter.com/pLRgNgNgiG

Pakistan's second-highest wicket-taker in Cricket World Cup born on 28th June 1985 in Lahore and made his ODI debut in 2008 but had to wait two years for his first Test where he made an impact at The Oval.

In the year 2011, he took a five-for in the World Cup semi-final against India in Mohali, and in the next World Cup, in 2015, he gave the Australians a tough time with his hostile spell in the quarter-final.

Recently, the Zalmi captain expressed optimism about representing Pakistan in the near future. He also holds the title of second-leading wicket-taker in the Pakistan Super League with 18 scalps to his name - just two wickets behind Shahnawaz Dhani of Multan Sultans.

Public personalities always have to look prim and proper. With advancements in hair transplants, people can now achieve ...