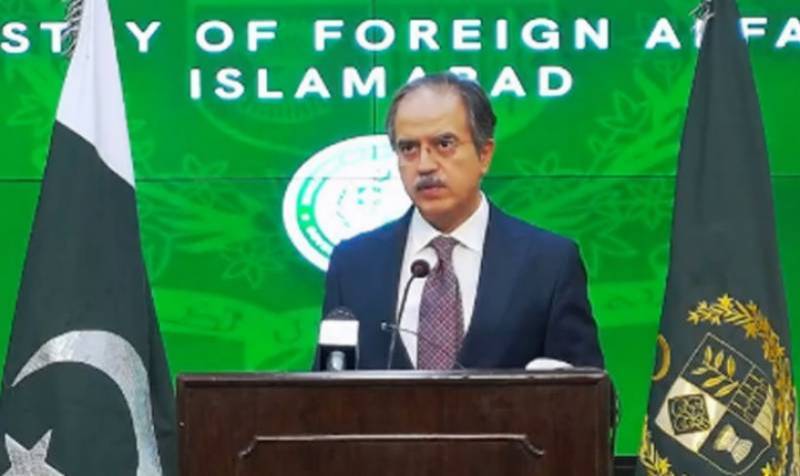 ISLAMABAD – Pakistan has expressed concerns over an Indian move to restrict the access of its missions abroad to Twitter.

In a statement, Foreign Office spokesperson Asim Iftikhar said India has withheld access to the twitter handles of Pakistan’s embassies in Iran, Turkiye, Egypt and the Permanent Mission to the United Nations in New York and many others.

The spokesperson urged Twitter to immediately restore access to the Pakistan missions' accounts and ensure adherence to democratic freedoms of speech and expression.

He said the social media platforms must abide by the applicable international norms.

A day earlier, Ministry of Foreign Affairs in a vague reference said that New Delhi blocked Pakistan's participation in a high-level dialogue on global development held virtually on the sidelines of the BRICS moot.

Last week, nearly two dozen non-member countries participated in the BRICS meeting virtually however there was no representation from Pakistan.

A statement issued by Foreign Office said that Beijing engaged with Islamabad prior to the BRICS meetings, where decisions are taken after consultations with all BRICS members, including extending invitations to non-members.

Without naming its archrival India, Pakistan said a member country blocked its invitation.