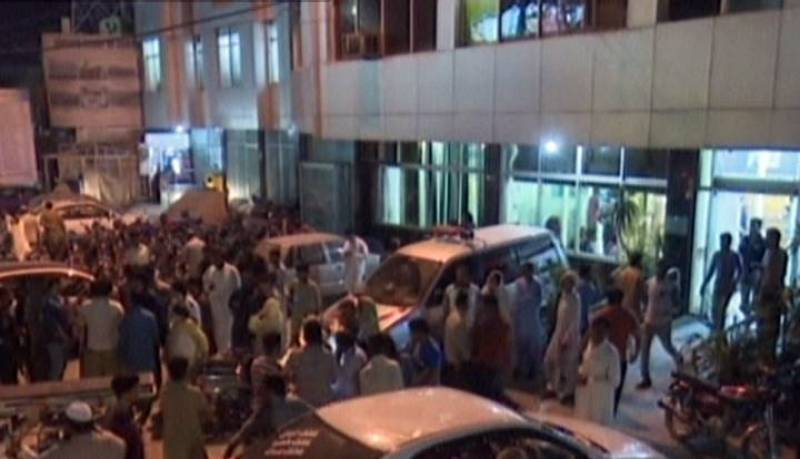 RAWALPINDI (Staff Report) - A number of alleged terrorists and their facilitators have been arrested in anti-terrorism raid conducted in different cities of Punjab including Lahore, Faisalabad and Multan following the Sunday's deadly suicide blast in Lahore that killed over sixty people.

Daily Pakistan Global has learnt that Army Chief General Raheel Sharif and Prime Minister Nawaz Sharif have given a green signal for the military operation in Punjab, especially in the southern parts of province and border areas. Personnel of Army and Rangers will participate in the operation.

According to DG ISPR Lt-General Asim Saleem Bajwa, Chief of Army Staff General Raheel Sharif has chaired a top level meeting in connection with the Lahore blast. The army chief was informed that several intelligence based raids were conducted in different cities to bust the terrorist network.

"The anti-terrorism operation continues with more leads coming in, while large cache of ammunition was also recovered from arrested terrorists," he tweeted.

The matters related to overall security situation in Punjab after the suicide blast were also taken up in the meeting.

Related- #LahoreBlast: These tales of victims will leave you in tears (Photos)

Int agencies with Army& Rangers carried out 5 ops in Lhr,Fsd&Multan since last night. Ops continue with more leads coming in-2

Different political parties have been demanding for an in-depth anti-terrorism operation Punjab, just like Karachi operation. However the PML-N, ruling party in Punjab, always said that there was no need for such operation in Punjab.