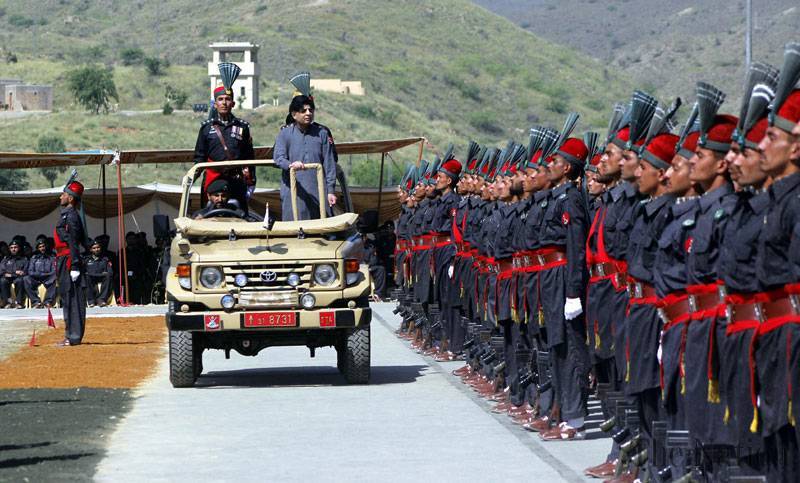 “Now the whole world knows which country is covertly backing the terrorists in Pakistan,” the interior minister said while pointing out the Indian defence minister’s statement in which he accepted pursuing a policy of state sponsored terrorism.

Ch Nisar attended the passing out parade of Frontier Constabulary (FC) in Peshawar on Thursday. He said the government is committed to root out terrorism, urging unity among own ranks.

He told the 3300 cadets, who passed out today, that they have to fight a war against terrorists who are creating chaos in the name of Islam. “How can anyone be called a Muslim who kills women and children?” Nisar questioned.

He also hoped that the FC cadets would play a key role in establishing peace in the region.