Imran Khan in Karachi to rally for Local Bodies polls 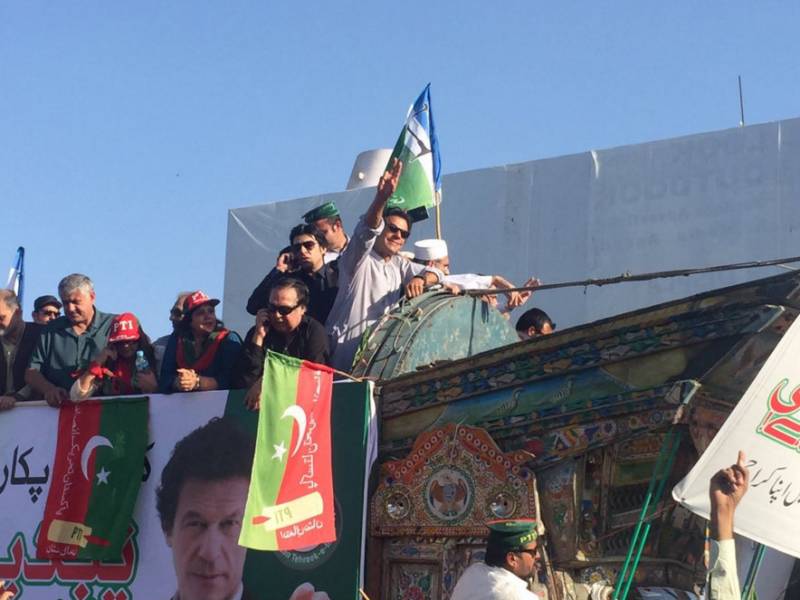 KARACHI (Staff Report) - Pakistan Tehreek-e-Insaf (PTI) chairman Imran Khan is in the port city of Pakistan to address a rally organised by his party workers and supporters ahead of the third phase of Local Bodies elections in Sindh.

Party leaders have warned the city administration of continued protests against any attempt to stop Saturday’s planned rally at the Quaid’s Mazaar in Karachi - due to be addressed jointly by PTI chief Imran Khan and Jamaat-e-Islami chief Sirajul Haq. 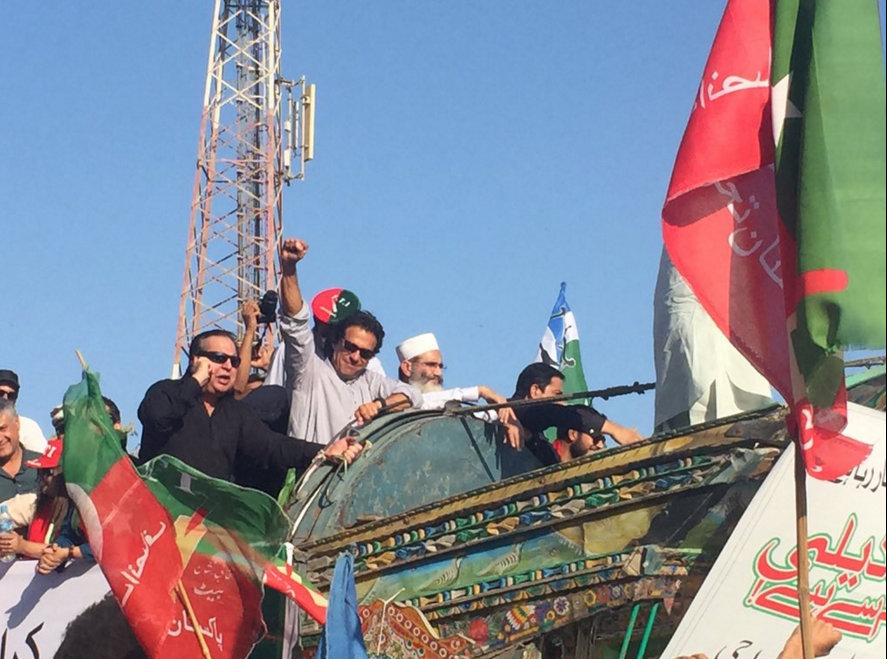 Imran Khan and Sirajul Haq landed at Karachi airport on Saturday where the party supporters welcomes their leaders.

“We have been able to travel only half a kilometer in more than an hour due to the massive welcome from the people of Karachi,” PTI’s Karachi-based leader Faisal Vawda said.

Kaptaan in Karachi! Your junoon is what keeps him going! #IKunitesKhi pic.twitter.com/tt2eaSrYai

A senior PTI leader from Karachi, Imran Ismail, has claimed that his party has evidence of application given to Karachi administration for a rally in the city. “We will go ahead with our rally and if administration wants to arrest us, go ahead” Ismail told the media in Karachi.

Although we had submitted a prior application, there was no such legal requirement during elections, he added.

Mr Ismail insisted that permission had been sought in writing from Karachi’s administration but that no response had been forthcoming. Despite that, he said, the rally will continue to its destination and that it would be a mistake to stop the rally.

On the other hand, Karachi Commissioner Shoaib Siddiqui maintained that both Jamaat-e-Islami and Pakistan Tehreek-e-Insaf (PTI) have not obtained a prior permission for the rally.

Saturday’s rally is being held just days before next week’s crucial local elections in Karachi. According to the PTI, the route of the rally will be Airport, Stargate, Rashid Minhas Road, Gulshan-e-Iqbal, Hasan Square and on to the Quaid’s Mazar. 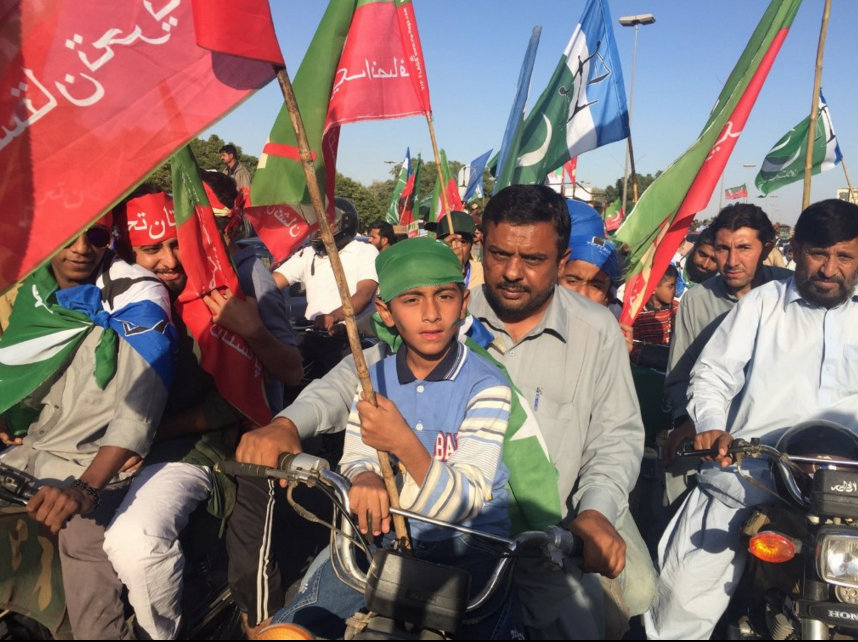 Meanwhile, the MQM is conducting corner meetings and Pakistan Muslim League Nawaz (PML-N) will also be taking out a rally.

Pakistan Tehrik-e-Insaf and Jamaat-e-Islami activists were eagerly awaiting their respective party chiefs at Star Gate, to arrive in the city to lead their combined rally.