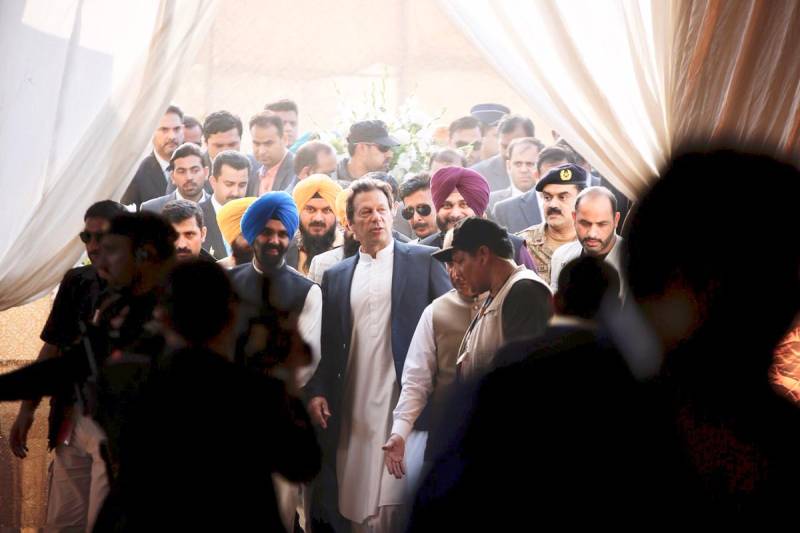 In his speech, the premier said that his party - the Pakistan Tehreek-e-Insaf and the country’s army want to mend ties with arch-foe India, in what appears to be another attempt to improve fractious relations.

“I the prime minister, my political party, the rest of our political parties, our army, all our institutions are all on one page. We want to move forward,” Khan told a large gathering after opening the 'corridor of peace'.

Addressing India, Khan said “if India takes one step forward then we will take two steps forward toward friendship”. 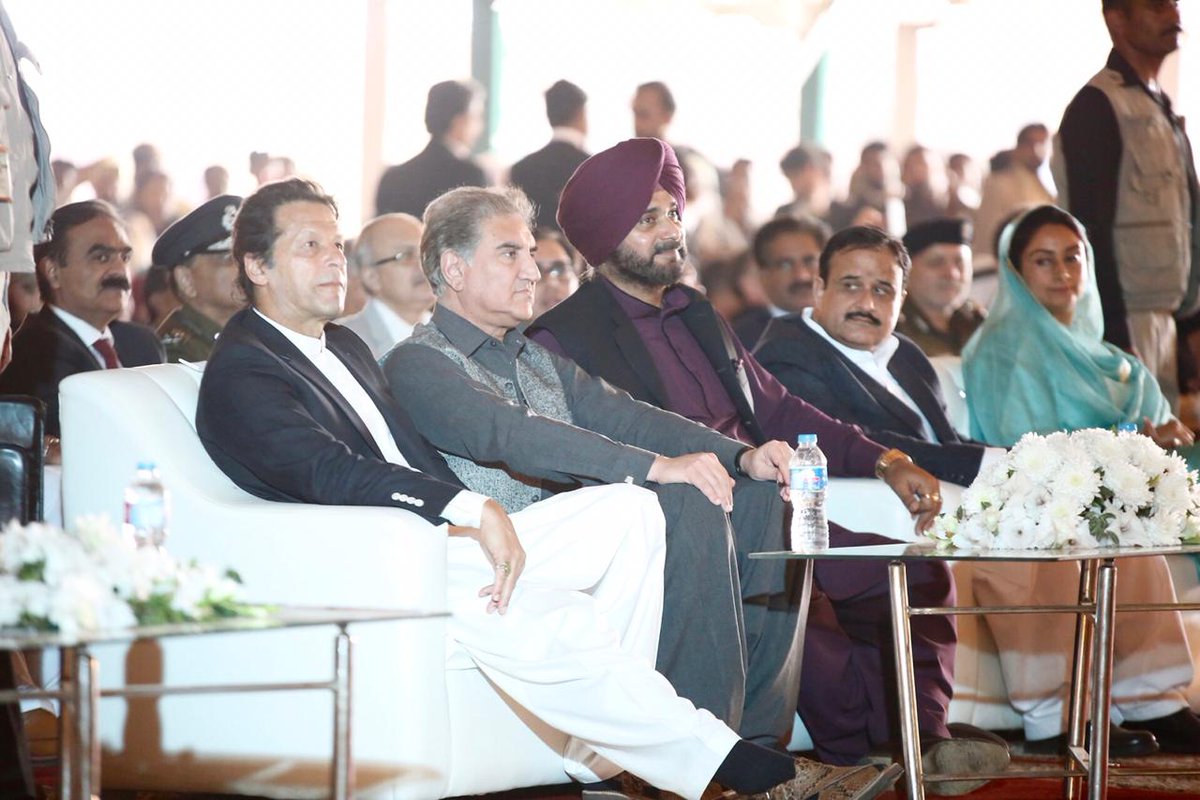 Last week, India gave the go-ahead to Pakistan’s proposal to build the  Kartarpur corridor to facilitate Sikh pilgrims wishing to visit the place that holds religious significance for the Sikh community.

The event began with the airing of a film about the pilgrimage of members of the Sikh community to the Gurdwara Darbar Sahib.

The project will be completed keeping in view the needs of the Sikh community.

Addressing the opening ceremony, Navjot Singh Sidhu thanked the Pakistani leadership for this great intitative which is poised to bring the people of both countries closer.

"Prime Minister Imran Khan has written his name in the history with the opening of Gurdawara Sahib Kartarpur," the cricketer-turned-politician told the gathering.

He also urged the governments of Pakistan and India to bolster the efforts for long-lasting peace on both sides of the border.

Now, Sikh yatrees will not need the visa to visit the Gurdwara Darbar Sahib. They will also be provided with accommodation, food, and medical facilities during their pilgrimage.

Sikhism was born in Punjab, a region that was divided between the two countries during partition in 1947. The Gurdwara Darbar Sahib Kartarpur is one of Sikhism’s holiest shrines. The religion’s founder, Guru Nanak, spent the last 18 years of his life there.

Pakistan has made clear its peaceful intentions and belief in regional harmony.
They become concrete as PM @ImranKhanPTI lays the foundation stone for the opening of the Kartarpur Border tomorrow.#KartarpurBorderOpening pic.twitter.com/WRBB8evXWF

This year in August, the Pakistani army chief renewed a proposal to give visa-free access to Sikh community to their religious place.

Pakistan will build 4.5 kilometers corridor, including 800 meters long bridge on Ravi River from the Indian border to the Gurdwara Darbar Sahib in Kartarpur. A border terminal complex will also be built in the first phase.

In second phase, hotels will be built to facilitate the Sikh pilgrims while extension of the gurdwara will also be done in this period.

The pilgrims will require a permit instead of a visa to enter Pakistan for visiting the gurdwara for a particular time period.

The other part of the corridor that runs from Dera Baba Nanak in Indian Punjab's Gurdaspur district up to the border will be constructed by India.

All security measures have been finalised for the event while banners have also been hanged to welcome the Indian delegation which includes Navjot Singh Sidhu in the Narowal.

Sikh community from across the world are as pleased as punch after the Pakistan government took steps to fulfill their longstanding wish regarding the Kartarpur.

Pakistani Sikh community while sharing their emotions said, "We will never forget the government's courtesy," adding: "We were hopeless about the opening of the border in Narowal".

They said that relations between Pakistan and India will improve with this step.

Talking to media, the Indian politician, who was received by Pakistan authorities at the border, said that it is a moment of great happiness not only for him but for all the Sikh community. “I want to thank Pakistani prime minister and officials”.

In an interview with a private news channel, Sidhu said that PM Imran's name will be written on the first page of history books for opening Kartarpur border.

He said the Pakistani premier will grow stronger by facing even tougher tests in the future.

The visiting dignitary said he knows PM Imran for a long time adding that he is a brave, honest and empathetic man which made him join the tough field of politics.

However, Sushma Swaraj on Saturday excused herself from attending the ceremony. She said that two ministers of the Indian government will attend the ceremony.

NEW DELHI - Sushma Swaraj, India's Minister for External Affairs, on Saturday excused herself from attending the ...