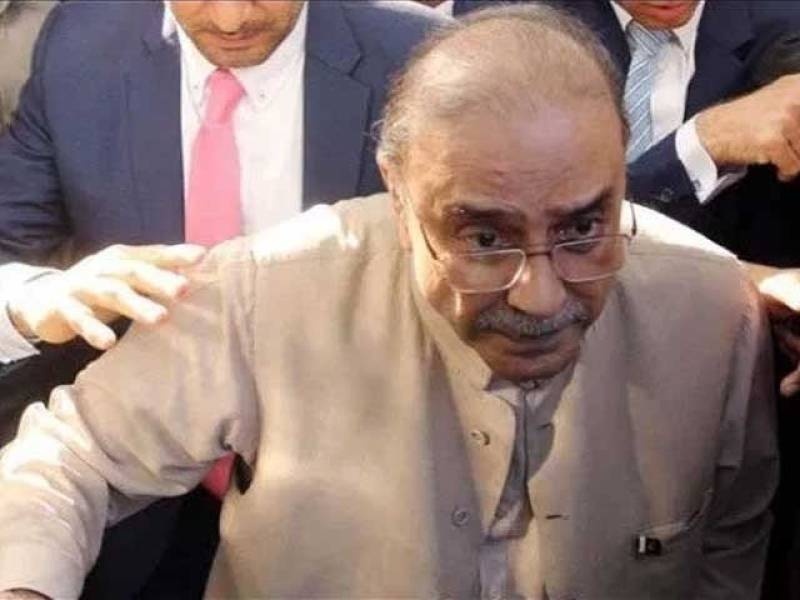 According to media details, the court approved the plea of the former president seeking the exemption, after Judge Azam Khan resumed the hearing of the case.

Farooq H Naek, Asif Zardari’s lawyer, appeared before the court and requested the judge to grant his client exemption from personal appearance in the hearing.

All co-accused, except one named Sher Ali, nominated in the case were in attendance in court.

The court started recording the testimony of witness Ahsan Aslam.

It is pertinent to be mentioned here that former president Asif Zardari, his sister Faryal Talpur and other accused face charges of corruption through fake bank accounts and embezzlement in the financial facility for Park Lane Private Limited and Parthenon (Pvt) Limited.