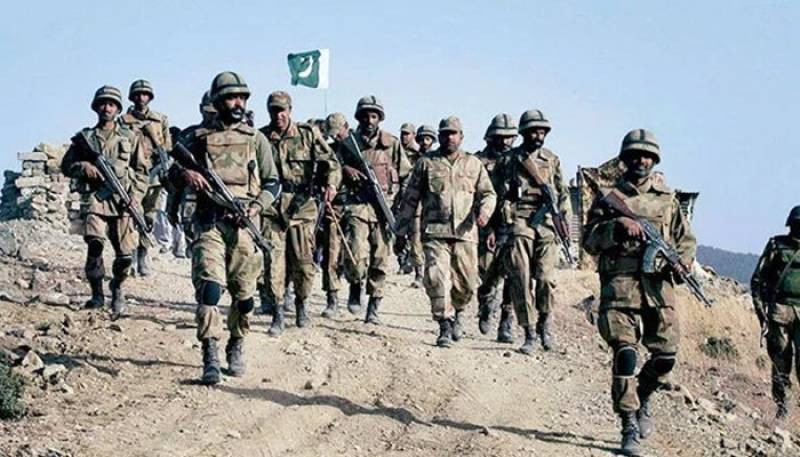 RAWALPINDI – Security forces conducted Intelligence Based Operation in South Waziristan District on the reported presence of a terrorists' concentration, present inside a hideout.

Security forces cordoned the hideout. During intense exchange of fire, 10 terrorists including 4 terrorist commanders were killed. Weapons and large quantity of ammunition was also recovered from the hideout, said ISPR in a statement.

These terrorists were planning to conduct more acts of terrorism inside South Waziristan District. Pak Army is determined to root out the menace of terrorism from country at all costs.

RAWALPINDI – Security forces have killed a terrorist during a gunbattle in the North Waziristan district, the ...