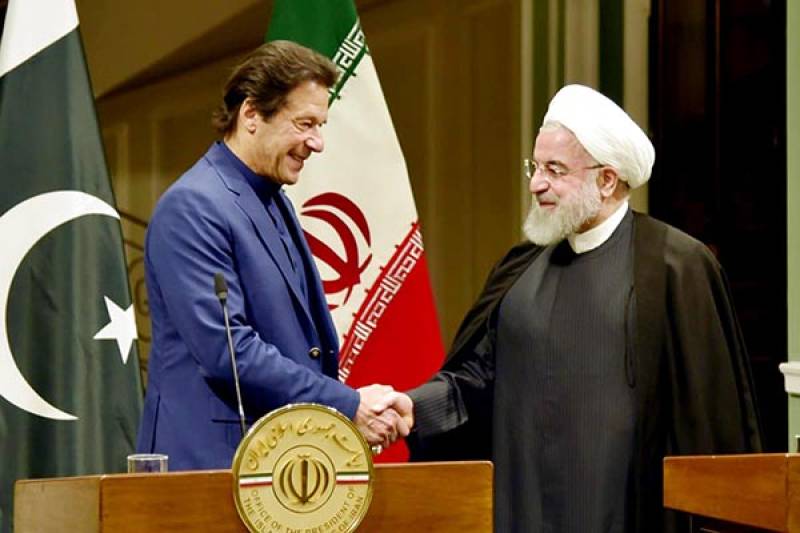 Both leaders expressed interest in resuming cross-border trade halted due to COVID-19, the Iranian Presidency said in a press release.

"We are interested in exchanging goods and trade with Pakistan as well as with some neighboring countries through border markets," Rouhani said, adding that the reopening of border markets of the two countries must be "with full observance of health protocols," as quoted in the press release.

PM Imran, in turn, welcomed the reopening of public health-friendly cross border markets, saying that "the two countries' trade exchanges will greatly help Pakistan's economy, which has been affected by coronavirus," as quoted in the press release.

According to the statement, Khan also condemned the United States for imposing sanctions on Iran during the turbulent economic situation caused by the coronavirus pandemic and said that he considered it his "duty" to "support Iran in the face of US illegal actions."

Pakistan closed its border with Iran completely on February 23 and then reopened it for trade two weeks later.