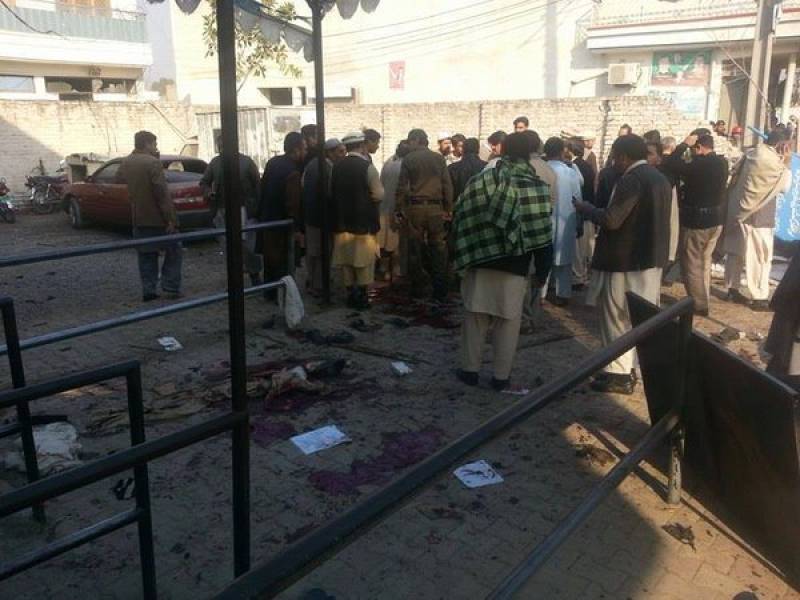 MARDAN (Staff Report) - At least 26 people have been killed and another 47 injured in a suicide blast outside NADRA office near Dosehra Cowk in Mardan, Deputy Commissioner Imran Khan said on Tuesday.

Rescue teams rushed to blast site immediately and injured were shifted to district headquarters hospital. Women and children were also among the injured. 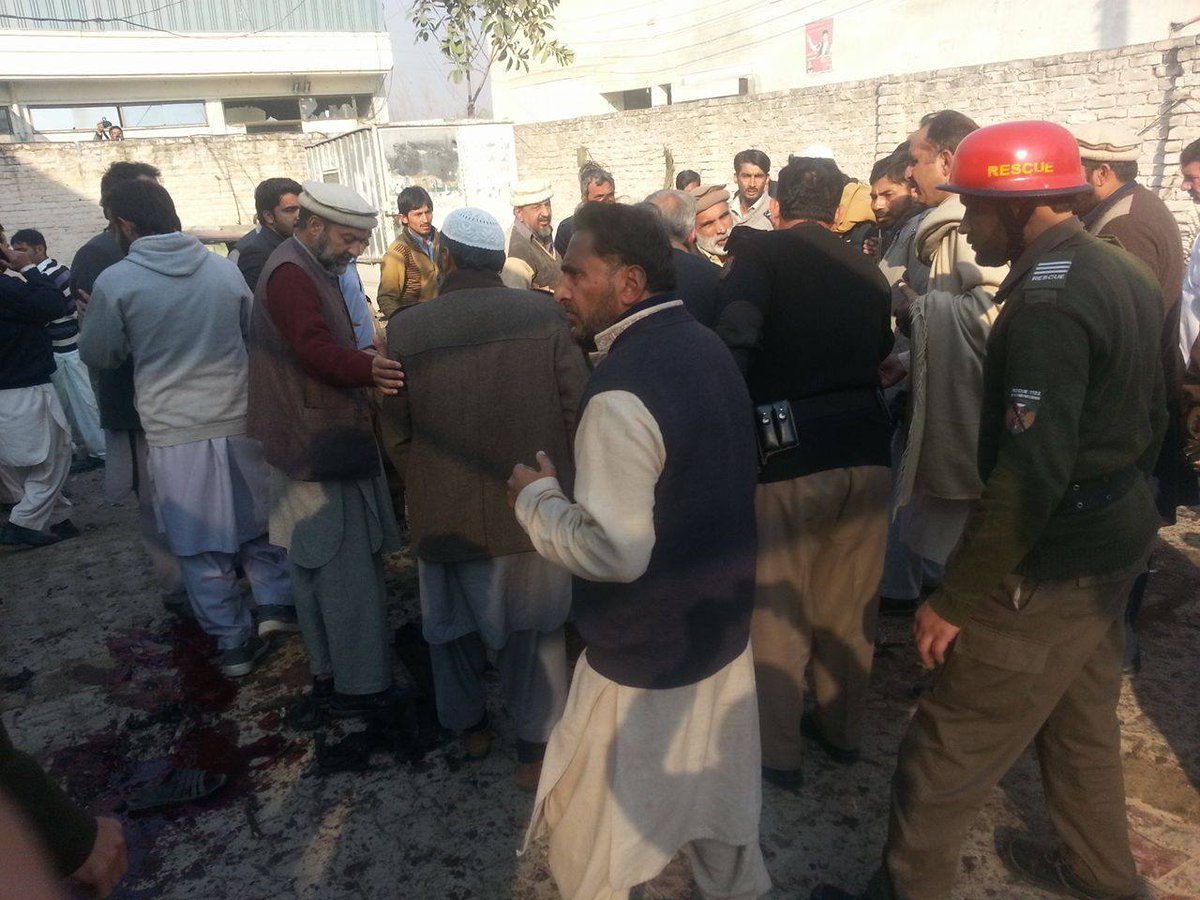 The blast took place when a large number of people were present on the site. Officials fear increase in number of casualties as many of the injured were in critical condition.

According to DPO Mardan it was a suicide blast, firstly a cracker blast took place which was followed by a large explosion of suicide bomber who struck a motorcycle in NADRA office. The entry gate and surrounding wall of the building was damaged as a result. 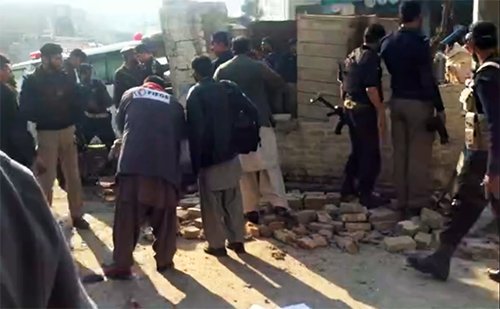 Law enforcement agencies cordoned off the area and a search operation was started at the site.

In a statement, the governor expressed heartfelt sympathies with the members of the bereaved families and injured and assured that innocent people would not be left at the mercy of terrorist and termed the terrorist blast as cowardly act.

"Such attacks can not deter the national resolve to eliminate militancy and menace of terrorism," the governor said and prayed for eternal peace of the departed souls and courage to the bereaved families to bear the irreparable loss with patience.