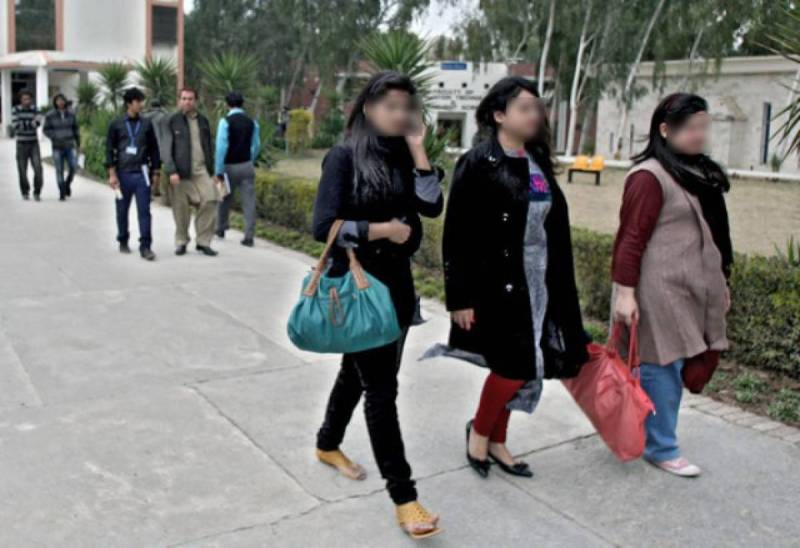 FAISALABAD – Months after Pakistan’s Federal Directorate of Education issued a new dress code, the Toba Tek Singh sub-campus of the University of Agriculture Faisalabad (UAF) has also issued a akin dress code for its male and female students.

Reports said a notification on Tuesday, issued by Principal Dr Nisar Ahmad cited that the male students were not allowed to wear shorts, cut-off jeans, multi-pocket, faded, torn and skin-fitted jeans and trousers, T-shirts with messages of any kind, chappals, and slippers, bandanas, caps, vest of any kind, long hair and ponytails, earrings, wrist straps, and bracelets.

All students were thenceforth required to adhere to a new dress code policy, as prescribed by the UAF sub-campus Principal.

This is not the first time that an education body has issued such a dress code in Pakistan, as earlier in September, FDE, which oversees educational institutes in the country’s federal capital asked women teachers not to wear jeans and tights and restricted men from wearing jeans and t-shirts.

ISLAMABAD – Federal Directorate of Education has issued a recent dress code for the teachers in federal ...