How did we get here?

So what happens when you lose friends, alienate people, and surround yourself with the fog of war? 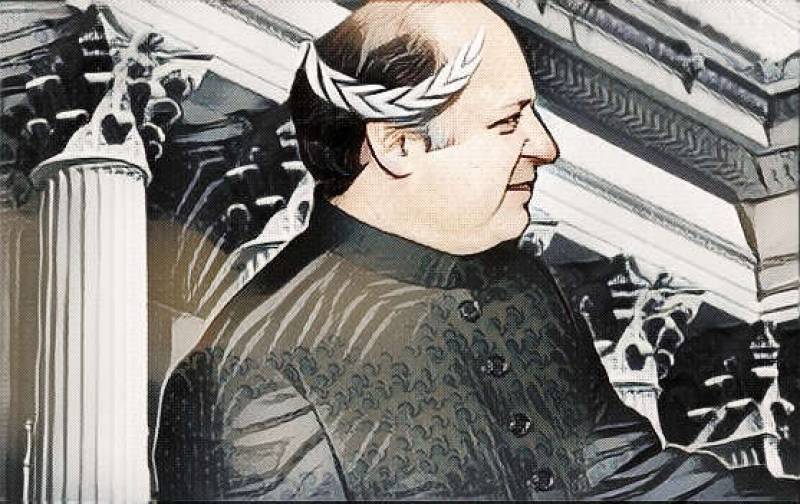 The principle of causality says that all effects have causes. Pakistanis try to simplify the cause and effect equation. They do not like more than one or two variables. "X happened because of Y and Y only," they like to think. But that is never true because there are infinite causes and the world is chaotic. In this chaos a ruler protects himself by creating a semblance of order around him. Internally he has institutions that are politically aligned with him, and externally he has foreign powers that help him in times of need. Pakistani polity is complex. Judiciary, Bureaucracy, Military are pillars every ruler must balance upon, in addition to managing the political, business, and the feudal classes. Externally Saudi Arabia, UAE, China, and USA are countries that exert some influence on the internal power dynamics of Pakistan. Not all these roles are constitutional but they exist in realpolitik. So Sharif, who initially had all these aligned in his favor, gradually turned them against him in a misguided attempt to become a King allegedly on advice of people around him who had more power than experience and whose intentions were as bad as their intellect. These people kept cheering the Prime Minister on confrontational paths that were clearly avoidable by taking moderate positions in political conflicts. Moderate positions that trustworthy and experienced advisers like Chaudhry Nisar and Shehbaz Sharif had been suggesting all along.

But no, there were people ready to lie in front of tanks so that they could make him chase some Utopian mirage of civilian supremacy in a world of infinite variables.

While idiots were looking for ducks, anyone could clearly see that stars were aligned. Saudi Arabia and UAE were at war in Yemen and were not very pleased with Sharif for abandoning them. Qataris, with whom Sharif family's ancestors supposedly did business with, had an untimely falling out with the rest of GCC. Raheel Sharif who was an Army Chief who saw the worst of Nawaz in politics, later became an adviser to the most influential person in Saudi Arabia - possibly harming Nawaz's monopoly on ties with the Gulf. Imran Khan, probably the most tenacious person in Pakistan, won the World Cup in 92 and at some point decided to become a politician. Three decades ago in drunken stupor of youth and power something unspeakable happened. And a butterfly on the other side of the world in Panama fluttered, making a shadowy man in a trench-coat question his livelihood and decide to send thousands of confidential Mossak Fonesca documents to ICIJ.

There were cheers on the supposed victory in the battle of Dawn Leaks and there were accusations of conspiracies in Azadi March. There were alleged umpires and careless speeches by antagonistic loudmouths. There were iqamas and Marketing Manager jobs from years ago. There was a useless willingness to be unrealistically cooperative with country's arch-enemies, and inexplicable relationships with steel tycoons. There were so many things that have practically redefined Nawaz Sharif in the last 4 years and earned him titles ranging from Jinnahist to misogynyst.

All these things happened quite visibly. In all this Sharif had chosen to do things that would weaken him. Like ignoring the traditional centers of power in favor of weird new allies - those who have perennially wished for civil-military conflict, whose only idea to attain some ideal of civilian supremacy is by weakening other institutions, and who were disgusted by the traditional foreign power bases of Sharif. Influenced by these, Sharif thought he would become a desi Erdogan. The propaganda activity of these supporters, running in a close parallel to the mainstream PMLN propaganda efforts, particularly visible on social media, is a clear indication of how this unlikely alliance worked. To such allies the aim was not to ultimately achieve an institutional balance that is optimally beneficial to the country in given circumstances but to obsessively weaken one institution.

Shehbaz Sharif and Nisar were voices of reason in this too, but the Prime Minister's ear was somewhere else.

On the electronic media front, the ruling party had erred by polarizing it too much which had the adverse affect of drowning out actual analysis of events. This polarization is evident when we see govt's ad spending on electronic media in this period. While on one hand a portion of media was so busy being the mouthpiece of the ruling party that it ignored its duty to do dispassionate critical analysis, on the other hand the opposition was so harsh that it seemed obviously biased. It is difficult to identify, let alone listen, to the voice of reason in such an atmosphere.

So what happens when you lose friends, alienate people, and surround yourself with the fog of war? What happens is that eventually when you are drowning and you scream for help no one throws a straw at you. The conspiracy that PMLN keeps referring to is largely this refusal by traditional power-brokers to throw a straw and eagerness to (over?)efficiently do a job which could have been as easily done poorly. The simple logic is, since Nawaz Sharif is such a principled person that he believes in letter and spirit of the constitution in its strictest interpretation, then surely he would also be similarly pedantic and scrupulous in implementation of laws in corruption cases against him?

If it is written in stone that the Prime Minister will be the most superior and exalted, then on the opposite side of the same stone it is written that he would be absolutely honest and trustworthy.

How could a Jinnah reincarnate, that Sharif was being made out to be, disagree with that logic? We have reached this place because an obviously tainted man started having a 'holier than thou' attitude with those he was supposed to work with. We have reached this place because the elected representative of people has refused to learn to cooperate, refused to share his power, refused to understand the realities of the world, and refused to listen to those who who continuously whispered 'Memento homo' in his ear. If the coming ruler wants to learn a lesson from the past four years of Sharif it should be this: Pakistan is not a monarchy and no man rules alone.