Still can't believe to be back in Pakistan, Malala breaks down in tears amid homecoming speech 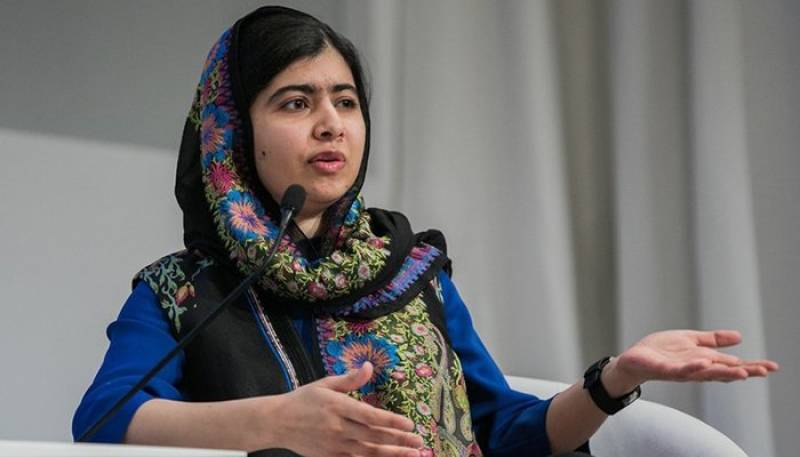 ISLAMABAD - Malala Yousafzai, Pakistan's Nobel laureate, broke into tears in front of a packed hall in Islamabad as he expressed her views upon return to the country after a span of six years.

'Happy to be back home but I still can't believe this' said the 20-year-old global figure as he addressed a ceremony in PM House on Thursday.

The social activist in her brief speech said that she dreamt of returning back to the country while in UK.

"From growing up in Swat and then the attack, to have to leave the country. Everything was happening by itself and I could not control anything," said an emotional youngster.

"I am just 20-year-old, even then I had endured so much in life, if it were up to me, I would never have left this place," Malala continued to a thunderous applause from the audience.

The young Nobel laureate declared that the unity among our ranks was the need of the hour declaring that democracy was the first preference of the people of Pakistan.

"All political forces should unite. There should be no politics when it comes to education, health and economy," said Malala.

The educationist - who returned home on Thursday amid social media fanfare - opined that the future of Pakistan was its people adding that more should be done for empowering women and financial resources should be diverted towards the education of children.

Earlier, the global icon called on Prime Minister Shahid Khaqan Abbasi at the PM Office and discussed multiple issues, especially the education sector of the country. 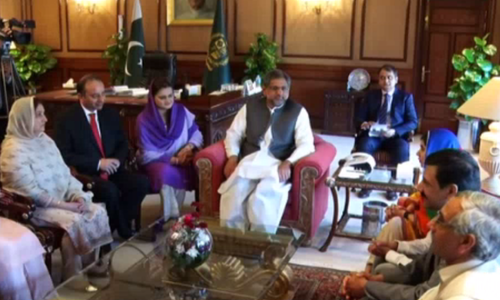 Premier Abbasi lavished praise on Malala - who is visiting her home for four days - for her struggle in the face of brutality and militancy.

Malala, who shot to fame with her pen name 'Gul Makai' was shot at in the head at point-blank range, when she was 15, by Taliban gunmen as she was returning from her school in Swat valley on 9 October 2012.

She suffered bullet injuries and was admitted to the Military Hospital Peshawar and then taken to London for further treatment.

The shooting drew widespread international condemnation and she was subsequently sent to Britain for treatment.

In 2014, Malala became the youngest recipient of Nobel Peace Prize at the age of 17, in recognition of her efforts for children’s rights.

“I am very proud to be the first Pashtun, the first Pakistani, and the first young person to receive this award,” Malala had said after receiving the award.