In a rare move, female cops produce culprit who abused his daughter in court 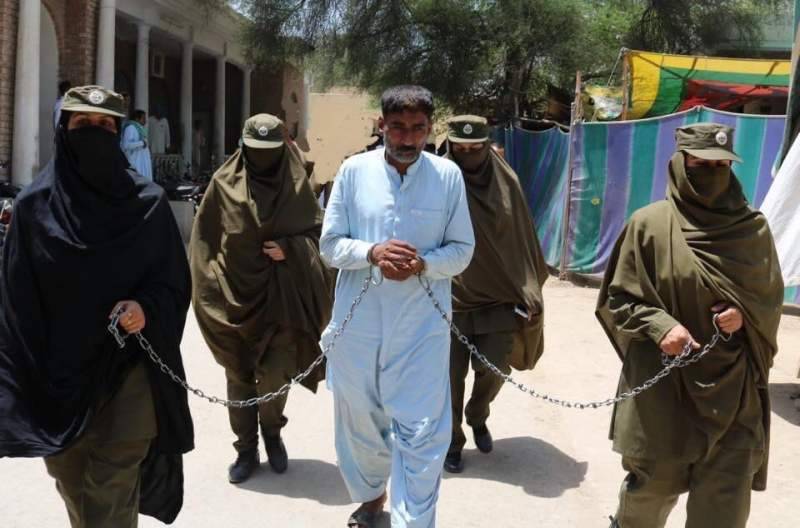 LAHORE - Setting an example in a woman torture case, the lady police officers of Punjab Police produced an accused man, who had beaten his daughter for stopping him from explicit relationship in Dera Ghazi Khan, in the court for trial.

In a picture shared by Punjab Chief Minister’s Strategic Reforms Unit, the accused father can be seen hauled off in chains by four policewomen outside a court.

According to media,DG Khan’s Regional Police Officer (RPO) Khan Sohail Habib Tajik ordered the lady cops to take the suspect to the court in order to curb misogynistic and chauvinist tendencies.

Last week, the accused was seen in a video, went viral on social media, thrashing his daughter and dragging her in the streets of DG Khan.

Media reports claimed that the father went angry after the daughter barred her from having inappropriate relations with his daughter-in-law.

As the video surfaced, the Punjab government took notice and the accused man was arrested by the police.

The striking photo of the culprit in chains and led away by four lady police officers was also celebrated on Twitter as a symbol in the fight for women’s right.

This made my day. What a strong depiction of justice and real empowerment! @smucmo Thank you for this! https://t.co/TxJVxGYO6T