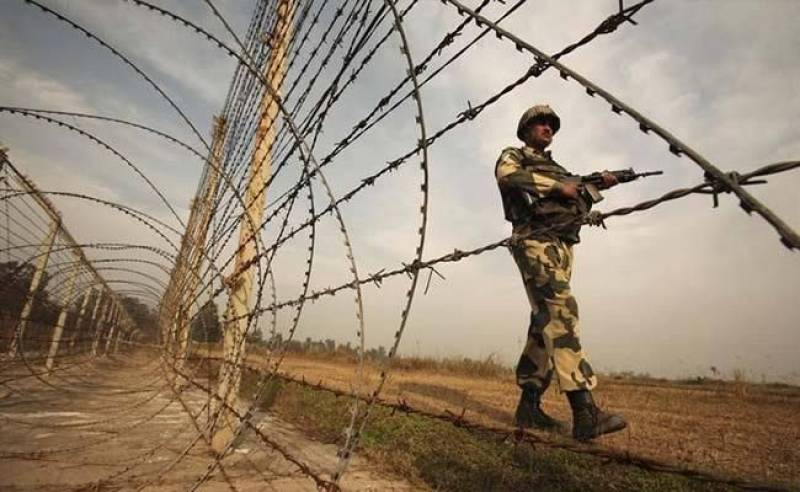 Safina Bibi, a resident of village Mandhar got injured and was evacuated to a nearby medical facility for necessary treatment.

Meanwhile in the Indian-controlled Kashmir, two gunbattles between the occupational forces and Kashmiri rebels triggered a new round of anti-India protests and clashes in the disputed region on Wednesday which left one civilian dead and at least 100 others injured.

The fighting erupted after Indian forces raided two villages in the southern areas of Shopian and Kulgam on a tip that rebels were hiding there, and came under fire from them.

As news of the counterinsurgency operations spread, protests and clashes against Indian rule broke out in both areas with hundreds of people trying to reach the sites of the fighting to save the trapped militants.

Government forces fired bullets, shotguns and tear gas to stop stone-throwing protesters. A young civilian was killed and at least 100 others were injured during the fierce clashes.

Hospital officials said many of the injured were hit by shotgun pellets in the eyes and were being treated in a hospital in Srinagar, Kashmir's main city.

International rights groups have repeatedly condemned the use of shotguns against protesters armed only with stones. However, troops have continued using the weapons.

India and Pakistan each claim the divided Himalayan territory of Kashmir in its entirety. Rebels have been fighting Indian control since 1989.

Most Kashmiris support the rebels' demand that the territory be united either under Pakistani rule or as an independent country, while also participating in civilian street protests against Indian control.

About 70,000 people have been killed in the uprising and the ensuing Indian crackdown.