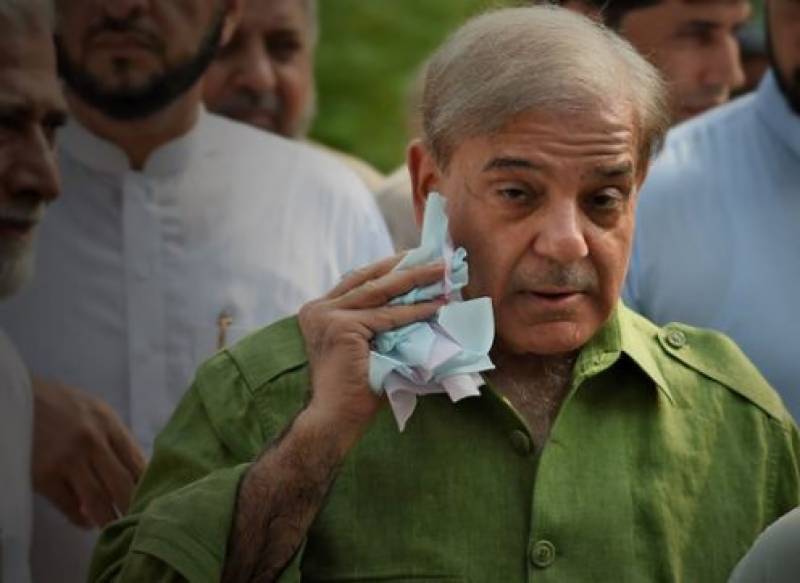 Judge Najamul Hassan took up the case after the National Accountability Bureau (NAB) produced the former Punjab chief minister in the court amid tight security.

As the hearing underwent, the former Punjab chief minister himself presented arguments against the allegations. He said that he was framed in the fake cases, besides accusing the anti-graft buster of blackmailing him.

The Leader of the Opposition in National Assembly also complained about not providing medical checkup facility to him by the NAB, adding that he was a patient of blood cancer and needs a regular examination of the blood.

The PML-N president also denied all allegation about an illegal awarding of the contract to a blue-eyed company, adding that NAB had failed to prove the corruption against him.

He regretted, "I am not even allowed to meet my family". He added that Indian spy Kulbhushan Jadhav was permitted to meet his family but he was not allowed by the authorities.

When the NAB prosecutor raised concerns stating that Shehbaz is giving answers himself to allegations against him, the judge asked the former CM to speak freely.

Presenting documents regarding Punjab Public Partnership, Shehbaz said he had cleared all allegations, in past 25 days, levelled by NAB regarding Ashiana Housing and Saaf Pani case.

The NAB prosecutor, however, said that the suspect was misstating the facts.

The NAB prosecutor then asked the court to extend shehbaz's remand for 15-days. He also requested the court to approve Shehbaz’s transit remand as his production orders have been issued by National Assembly Speaker Asad Qaiser to attend a session of the lower house of the parliament.

The former CM's lawyer, however, opposed the NAB plea. Later, the court reserved verdict over the petitions.

Announcing the verdict over NAB's plea, the court extended the remand till November 7.

The remand was set to expire on October 30 but the anti-graft watchdog decided to push back the date owing to a public holiday in connection with annual Urs of Hazrat Data Ganj Bakhsh.

A heavy contingent was deployed around the court in order to maintain security during the hearing of the high profile case. Roads leading to the court were also closed by installing containers.

A number of PML-N leaders and workers also gathered to welcome their leader but they were unable to reach the court due to the blockades. They also raised slogans against the security officials on not allowing them to enter the court.

Sharif was arrested on October 5 after appearing before the National Accountability Bureau (NAB) in Saaf Paani Company scheme. NAB said Shehbaz failed to satisfy the investigation team regarding a tender awarded to a private consultancy firm and was therefore arrested.

The NAB said it needed more time to interrogate the former CM as part of its investigation into the Ashiana-e-Iqbal Housing Scheme and would, therefore, request the court to extend the physical remand of the PML-N president.

Moreover, a session of the National Assembly (NA) is scheduled to be held at 4 in the evening on Monday, and Opposition Leader Shehbaz Sharif, under production order, will also attend the session.

On Saturday, the anti-graft body approved an inquiry against Shehbaz Sharif and his two sons for possessing assets beyond income, summoning Hamza Shahbaz and Salman Shahbaz on November 2 to answer the questions framed by the investigators.

During the investigation in the Aashiana Housing Scheme case, Shehbaz made the statement that his son Salman was the guardian of his financial matters.

Earlier, an accountability court in Lahore had extended Shehbaz‘s physical remand to NAB for 14 days after his previous 10-day remand ended on October 16.

During the proceedings, Shehbaz maintained he himself ordered investigation into corruption allegations in the housing scheme and denied awarding contracts to a favourite firm.

The anti-graft watchdog said the firm did not conduct any kind of survey but was provided a lucrative sum of Rs1.5 billion. It added that Fawad Hassan Fawad, the principal secretary to former premier Nawaz Sharif, had become an approver in the case.

Fawad, in his statement, had claimed that he had awarded a contract to a “favourite firm” in the Rs14 billion Ashiana Housing project at the behest of Shehbaz Sharif.

The anti-graft agency said that the contract for the housing scheme was won by a construction company titled Chaudhry Latif and Sons but Sharif cancelled it and later on awarded the contract to Lahore Casa Developers – a proxy group of Paragon City (Pvt) Limited, which is said to be owned by former Railways minister Saad Rafique.